Hillary’s Hut at Scott Base was built by a team under Sir Ed Hillary’s leadership in 1957. It is the birthplace of New Zealand’s presence in Antarctica and the departure point for Sir Ed’s famous tractor trip to the South Pole. Sika New Zealand has been a sponsor since 2016 of the Antarctic Heritage Trust. The team has supplied Sika products for both the interior restoration and the successful reroofing of Sir Ed's Hut. 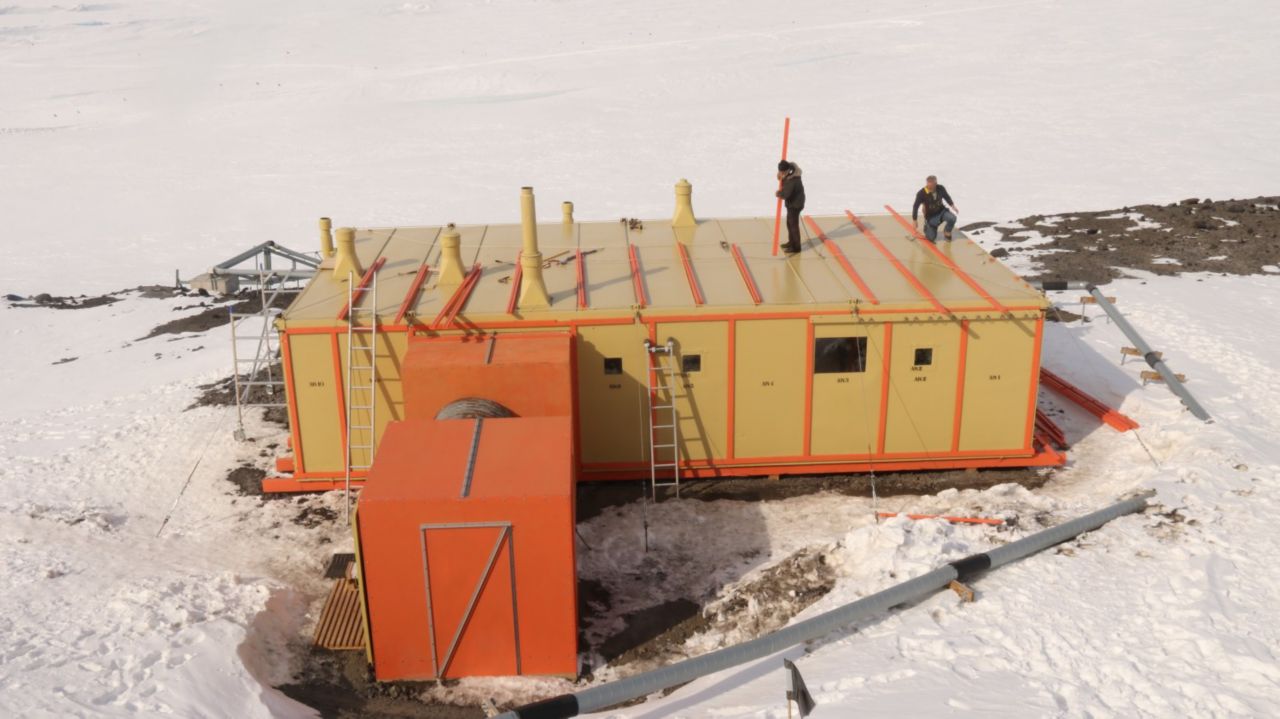 Scott Base is New Zealand's Antarctic research station. It sits at the southern end of Ross Island, 3500 kms south of Dunedin and 1350 kms from the South Pole.

In 1957 Sir Edmund Hilary was down at Scott Base, leading the team placing food and fuel depots in support of the CommonwealthTrans-Antarctic Expedition led by English explorer Dr Vivian Fuchs.

Never one to stand on ceremony, and against instructions, Sir Ed continued past the last supply dump in a ‘dash to the pole'. On January 4, 1958 he and two companions became the first to reach the South Pole overland since Sir Robert Falcon Scott in 1912.

60 years of Antarctic winters later, the only one of the original Scott Base buildings still standing was “Hillary’s Hut”. It was in a sad state when in November 2016 the Antarctic Heritage Trust began a total restoration of this historic piece.

Sika became a Sponsor of the Trust and supplied Sika PEF Backing rod and MultiSeal Tape for interior restoration work. Then in November last year, Mike Burgess from New Zealand sheet metal experts Architectural Metalformers approached Sika to see if we had a high performance sealant he could use in a clever plan to finally stop the Hut’s roof leaking.  We did.

When Mike arrived at Scott Base a few weeks later he was armed with not only his serious sheet metal skills but also amongst his roofing kit, two cartons of SikaHyflex-250 Facade. Mike’s plan was to use traditional standing seam roofing, enclosed edges and Sika Hyflex-250 to create completely new flat roof panels. Once installed, the pre-painted panels were then sealed with more Sika Hyflex-250 and layered with wooden battens to replicate the Hut’s original appearance.

The big test came just a few days later when a “warm storm” swept across Scott Base. All the other roofs leaked except one. Hillary’s Hut stayed dry.

A challenging environment such as the sub-zero Antarctic will always be a tough call for any sealant but the high performance of SikaHyflex-250 and the care and approach Mike Burgess took with the re-roofing, should see the Hillary’s Hut finally stay leak free for many years to come.