1910: It all starts with Sika-1 and the Gotthard Tunnel

Kaspar Winkler was driven by his entrepreneurial spirit when he laid the cornerstone of our company in 1910. He invented Sika-1, a quick-setting waterproofing admixture for mortar, which was used to waterproof the Gotthard Tunnel. It enabled the Swiss railway company to electrify the important connection between Northern and Southern Europe. 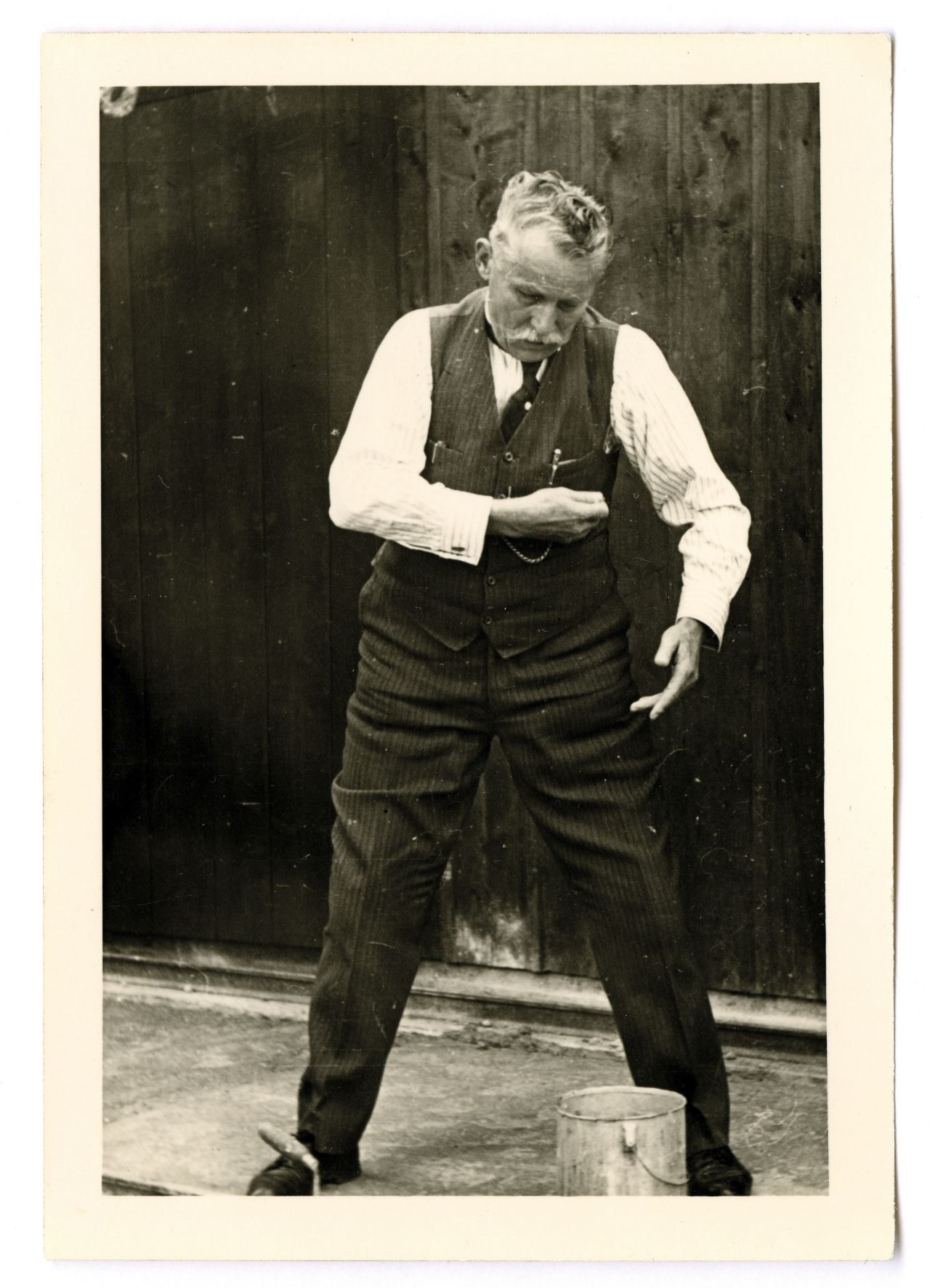 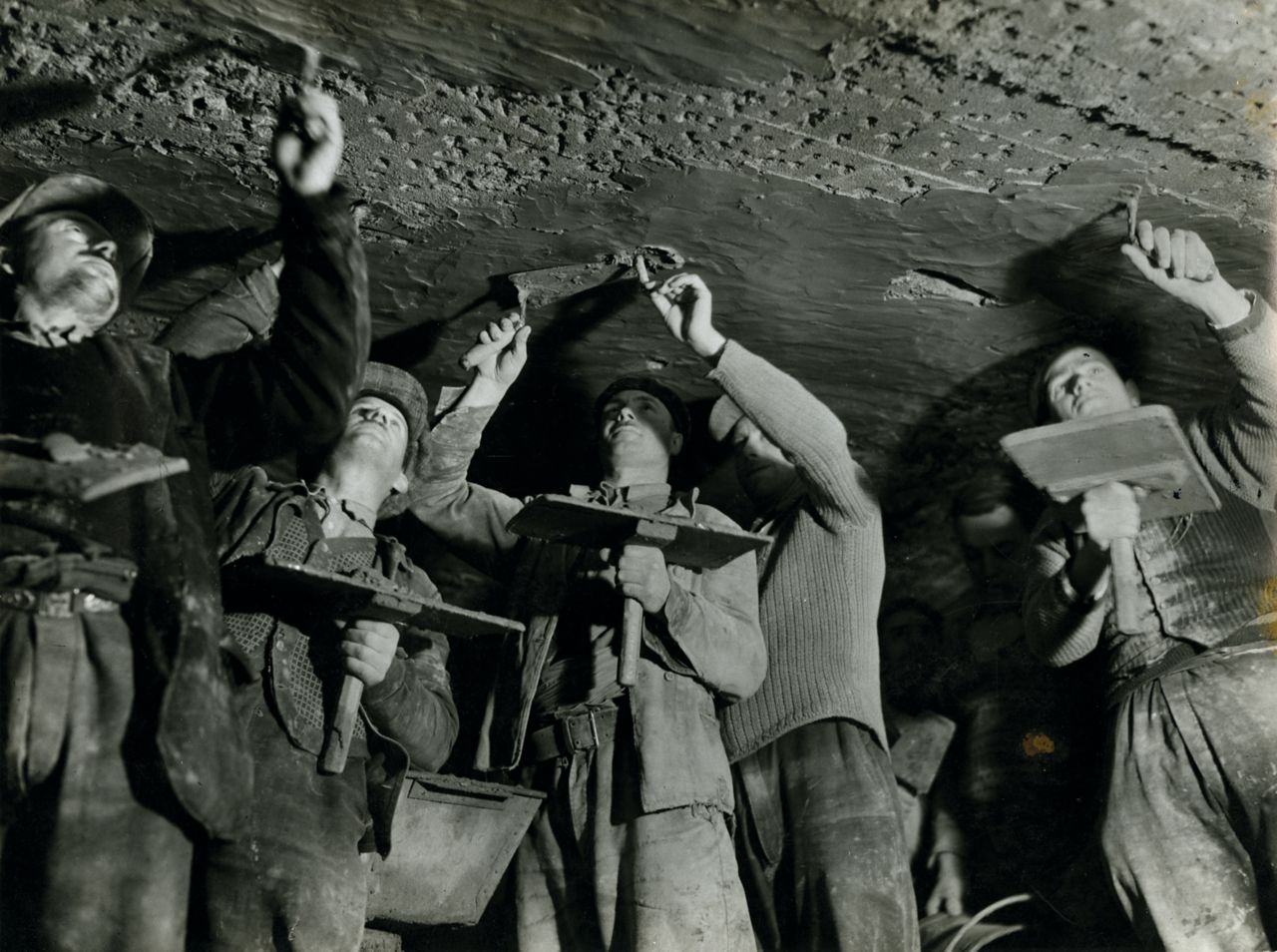 Kaspar Winkler founded his business in 1910. His first inventions were agents to protect and clean granite (Conservado, Purigo) and a mortar waterproofing agent called Sika. In 1911 he entered his firm, Kaspar Winkler & Co., into the Commercial Register. Together with a chemist as his limited partner, he tried marketing his construction chemicals. For the first few years the work was very difficult. Winkler was in the red, especially during World War I. Things did not begin to pick up until 1917.

His breakthrough came in 1918 when the Swiss Federal Railways ran successful trials using Sika to waterproof the tunnels of the Gotthard section. This became necessary so that electric trains could also be used. The Swiss National Railways waterproofed 67 tunnels with Sika during the following years.

After this success the Kaspar Winkler & Co. building construction chemicals tried its potential abroad. Going beyond casual exports, however, was a difficult undertaking. A first attempt to sell licenses worldwide failed. A second attempt did succeed: in 1921 a subsidiary with its own, small-scale manufacturing facility was founded in Southern Germany.

But leadership capacity and connections were insufficient for determined expansion. This was remedied by hiring a Director for Foreign Operations, who founded subsidiaries in England, Italy and France between 1926 and 1928, and took part in their operations. Through clever agreements the director made it impossible that he be fired. In 1928 Winkler’s son-in-law, Fritz Schenker, joined the firm’s executive board.

He made it clear to his father-in-law that the agreements he had made with the Director for Foreign Operations were not very advantageous. The parties litigated for three years until a 1932 divestiture ruling: the Director for Foreign Operations retained ownership of the German and Italian subsidiaries as well as trademark rights in a number of other European countries.

Admittedly the European market was now shared, but Schenker single-mindedly pursued worldwide expansion. By 1935 Sika had a presence in Europe, South America and in Asia.

During World War II, Sika companies continued production in every country where they were present. Thus the admixtures for bunkers built in Switzerland and in the German-occupied areas were delivered by Sika. But also the concrete ships used by the Allies to transport war materiel and to land at Normandy were built with Sika admixtures.

During the boom of the 50s and 60s, new subsidiaries were founded from Sweden to Cuba. A second generational change was heralded in Switzerland by Romuald Burkard’s entry into the firm. Between the time of his entry into the firm in 1953 and the death of his father-in-law Fritz Schenker in 1971, Burkard gradually took over the leadership of the group of companies which by 1968 had become a single integral corporate structure with Sika Finanz AG. Subsequently, Sika was listed on the Swiss Stock Exchange.

However, as the economy overheated in the late 60s, Sika slid into a serious crisis. A new plant in Düdingen had major start-up difficulties and went over budget, the operations of a number of construction companies were not cost-effective and in Germany and Scandinavia warranty claims loomed on the horizon. The situation was ominous: Sika only just avoided insolvency. 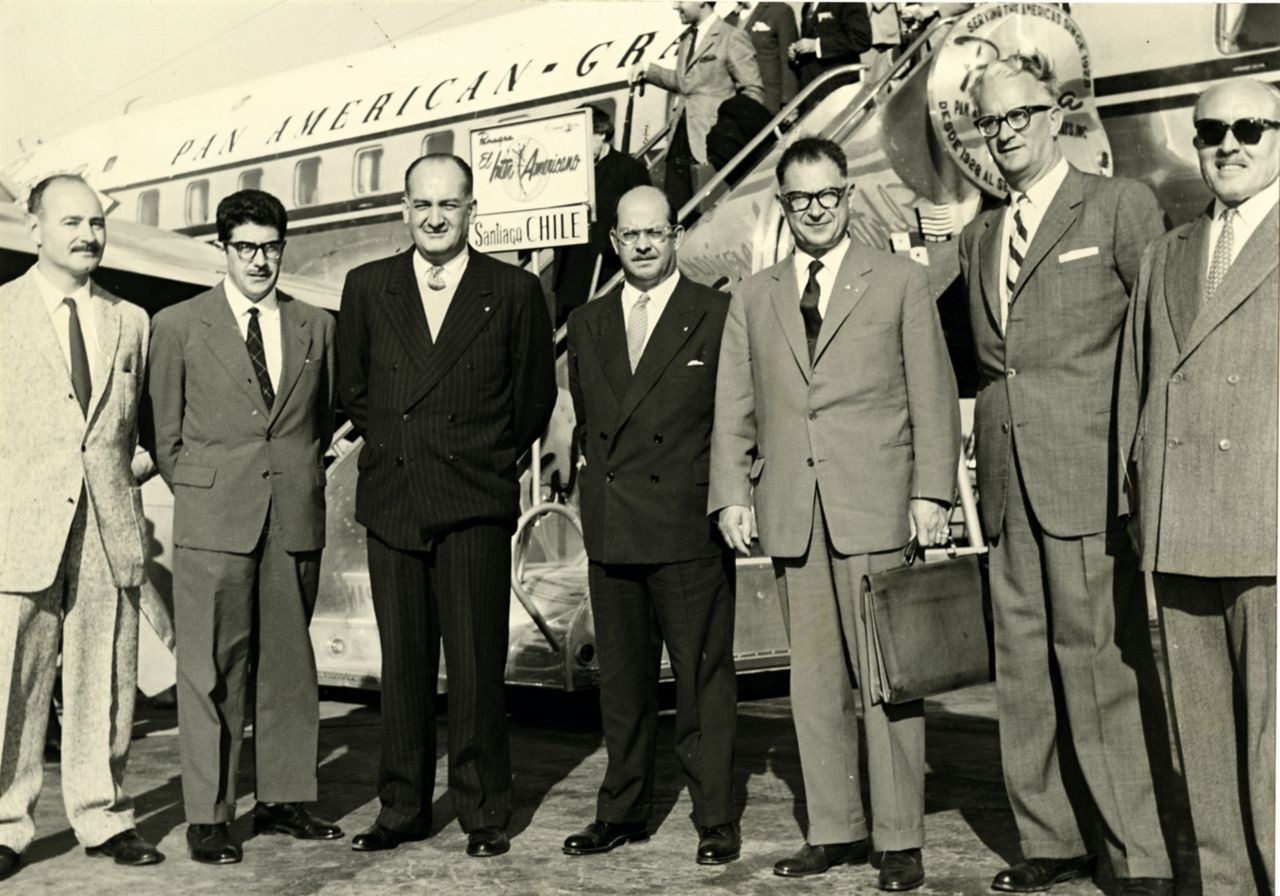 The decade of the 70s was not everywhere a happy one. With enormous efforts, Sika surmounted the difficulties resulting from the severe recession of 1973 through 1976. But the crisis years ultimately strengthened the Sika Spirit. This rallying cry, still in use to this day, was shaped during these years. It stands for an employee attitude of solidarity and optimism vis-à-vis the company.

For example, in the middle of the crisis, Sika personnel in Switzerland agreed to a wage cut. This was reversed in the second half of the decade as soon as Sika could recover economically. A product which had already been developed in 1968 but had hitherto accounted for only a modest portion of the turnover now evolved into a bestseller: the one-component, elastic polyurethane adhesive, Sikaflex. 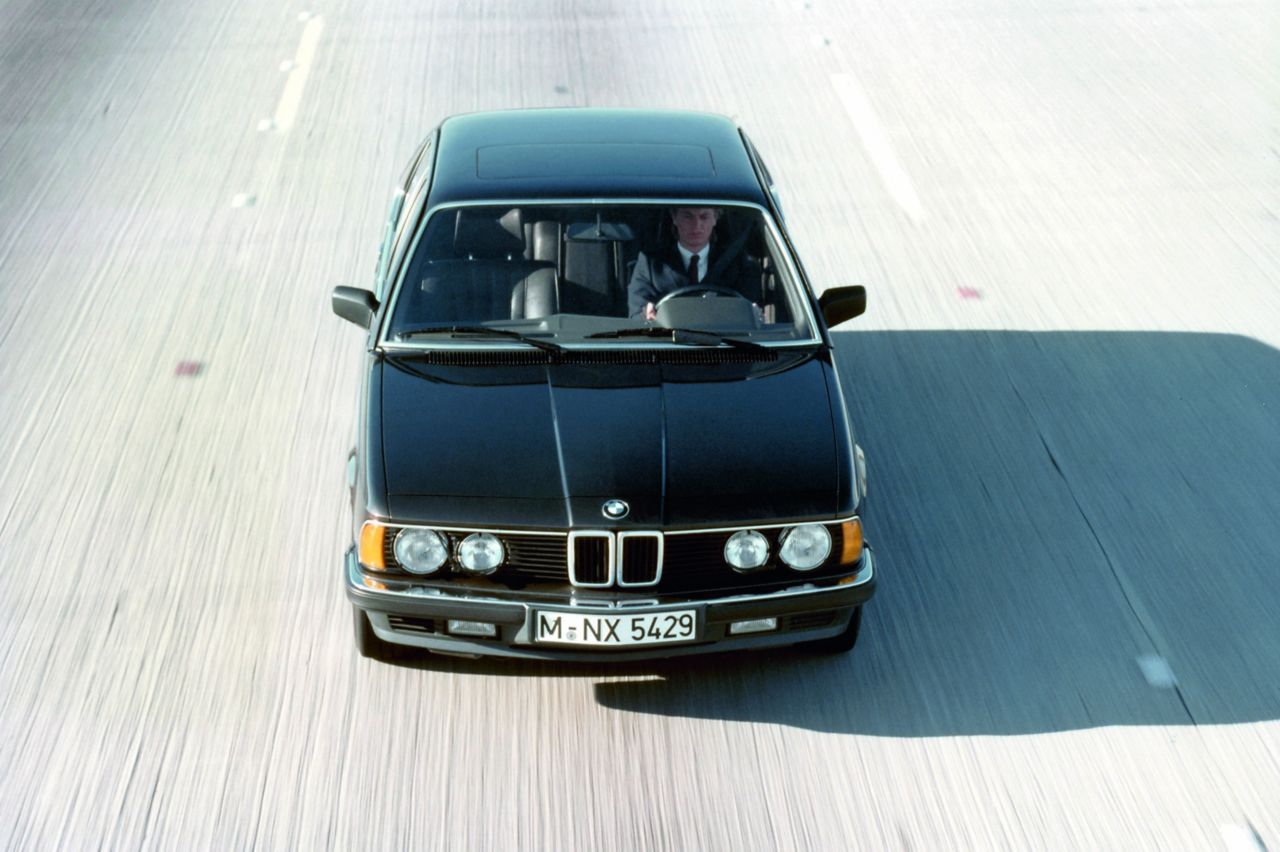 Image: The adhesive Sikaflex was used for the windscreen of the BMW 7 series of the late 80's

With the versatile adhesive Sikaflex, Sika opened up a new field of business in the 1980s: the automotive industry. In the process Sika diverged from its traditional construction chemistry path. The diversification was intended to increase resistance to economic cycles. The expansion of our worldwide presence had the same goal. With the 1982 takeover of Lechler Chemie in Stuttgart, Sika increased the size of its personnel from 3,000 to over 4,000 in one stroke.

It had finally laid enough groundwork for a concerted attempt to develop the German market further. Nevertheless it took a number of years before the new company proceeded on the road to growth after digesting this risky integration. In the second half of the decade most industrial nations enjoyed an economic boom. Sika also profited from this, surpassing the turnover threshold of one billion francs in 1989.

In no other decade did Sika set up new companies in more countries: between 1990 and 1995 alone, 16 new subsidiaries were founded. Especially in Asia, Eastern Europe and in Latin America, Sika strengthened its presence. Despite this effort, the 1990s were not an easy decade. Sika combatted recessionary phases as well as weak profitability, attributed to tight competition and increasing raw materials prices.

The solution was achieved by withdrawing from less lucrative, non-core businesses, such as the building of robots used to rehabilitate sewer lines. Sika also abandoned the manufacture of road building products. And Sika almost sold its sealing membranes business to Sarna. 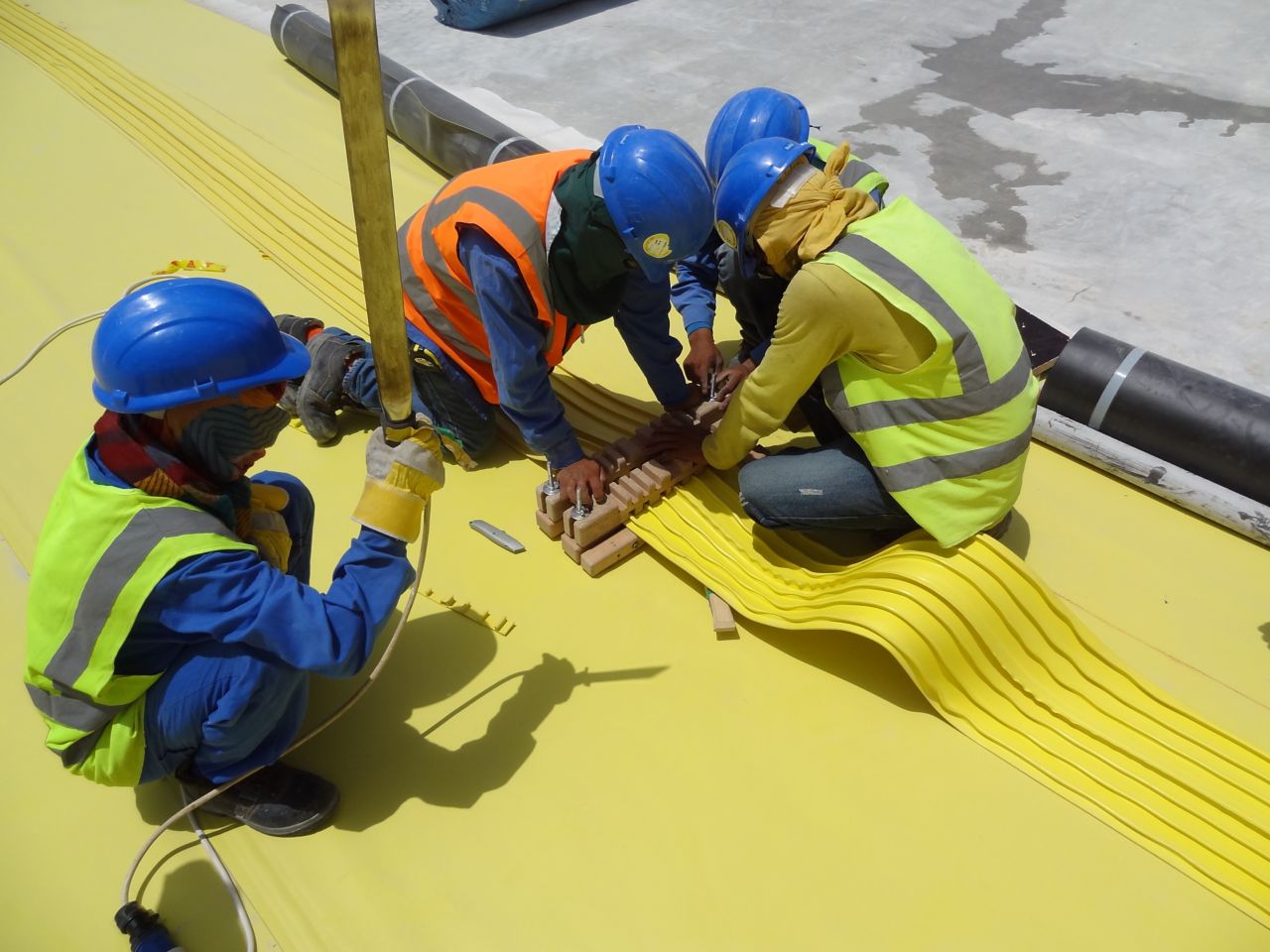 The very same Sarna became a member of the Sika Group ten years later. In 2005 that Swiss company, a specialist in membranes, became a Sika acquisition. Sika experienced its decade of most rapid growth. Turnover increased from 2 billion to more than 4.6 billion francs, a significant portion of which was contributed by the 36 firms acquired between 2000 and 2008. During that same period, the workforce increased from 8,000 to 13,000. 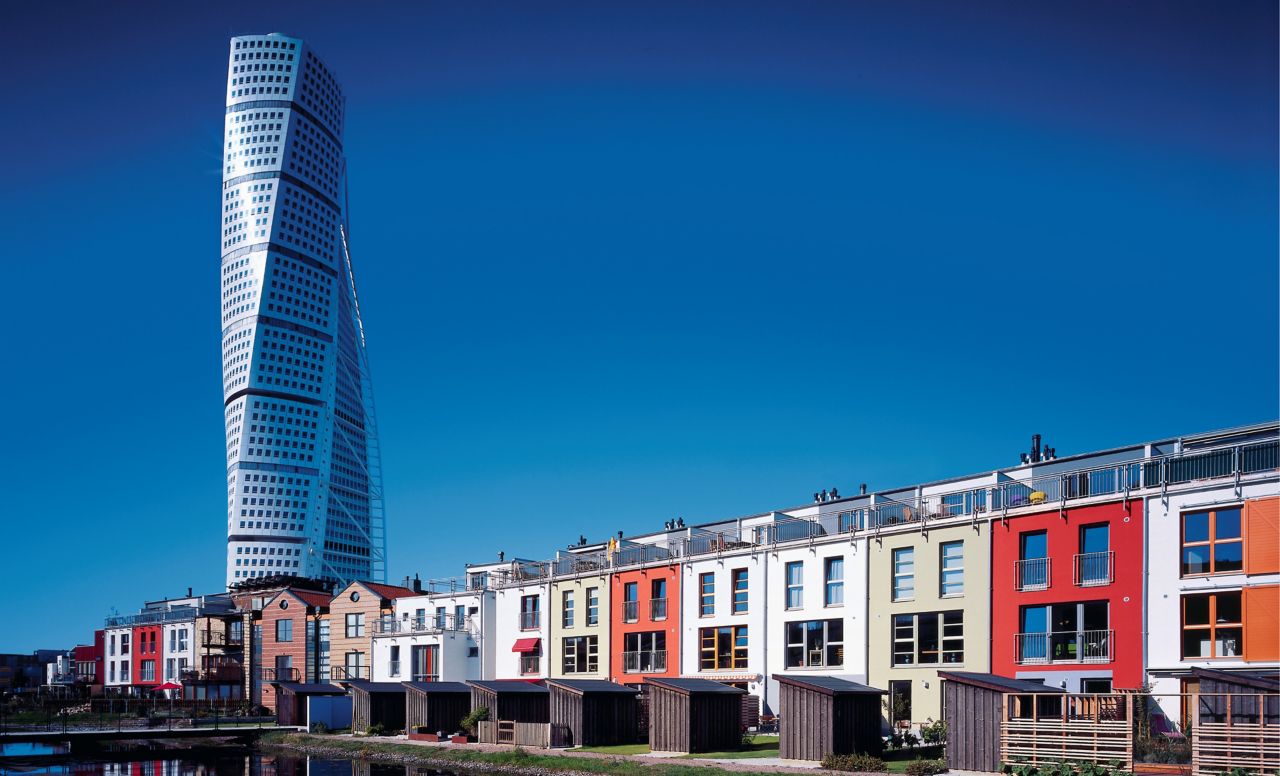 Image: Thanks to Sika ViscoCrete it was possible to pump concrete up to the topmost floors of the 180 metre high "Turning Torso" in Malmö, Sweden, and to give the fair-faced concrete facade a surface smooth as glass

From basement to roof

Since the year 2000, Sika summarizes its core competencies as follows: sealing, bonding, damping, reinforcing and protecting. From basement to roof, Sika intended to become the market leader in these technological disciplines. Sika ViscoCrete, the concrete admixture brought to market in 2000, became a significant sales mainstay.

Sika also experienced a boom in other business units — in the peak year of 2006, turnover increased by over one third. Sika AG, the holding company since 2002, invested considerably in personnel and production capacities, and restructured the overall management organization.

Since 2006, all marketing and sales activities have been consistently channeled via new centralized Business Units, targeted at the four most important customer groups, “Distribution”, “Contractors”, “Concrete” and “Industry”. Towards the end of the decade, the tug of the international recessionary maelstrom triggered by the financial crisis was also felt at Sika. Despite the recession, Sika has nonetheless been increasing its market share virtually everywhere. On the threshold of its 100-year anniversary in 2010, Sika stands well equipped to face the future.

In 2010, Sika celebrates its 100-year anniversary. Developing innovative products and solutions and being consistent towards all stakeholders have made it possible for Sika to grow throughout its first century. We are now present in over 100 countries, with over 20,000 employees.

Principles of sustainable development play a decisive role at Sika because these principles answer to today’s and tomorrow’s challenges. The challenges are driven by megatrends such as water management, energy conservation or climate protection, all of which will shape future economic conditions and growth. Entrepreneurial success depends on intelligent solutions matched to these megatrends.

MILESTONES SINCE 2010: Continuous growth and innovation

Organic growth stands at the center of the Sika strategy. Since 2012 Sika made 22 acquisitions, opened 21 new national subsidies and 51 new plants. The successful Target Market concept has been implemented and megatrends are driving growth. In this context, innovation is one of the pillars of the Sika growth model: 333 new patents were filed and 20 Global Technology Centers are maintained throughout the world.

Since 2012, Sika has been in the Swiss Leader Index (SLI), which includes the 30 largest and most liquid Swiss companies. Sika is committed to sustainable development. The Sika sustainability strategy has got off to a successful start, with the company exceeding most of its targets for 2015. The Guidelines of the Global Reporting Initiative have provided the framework for sustainability reporting since 2013.

The collaboration with non-profit organizations and top-notch scientific institutions like the ETH Zurich, University of Fribourg or University of Tokyo has been intensified. The appeals procedure for the professorship, endowed by Sika on the occasion of the 100-year anniversary, is successfully completed. Professor Dr. Jan Vermant was appointed Professor of Soft Materials at ETH Zurich (Swiss Federal Institute of Technology) by the Board of the Swiss Federal Institutes of Technology in 2013. Sika continues to engage in sustainable and humanitarian development projects. In this context, Sika supports social and community projects in countries where Sika maintains subsidiaries.

The fully integrated concepts offered by Sika address the entire life cycle of a facility, from initial construction up to the point in time when repair, refurbishment or extension become necessary.