Sika shareholders' resistance to the planned takeover by Saint-Gobain continues to grow. In a communiqué dated February 16, a group led by Walter Grüebler, former Chairman of the Board of Directors, explicitly expresses its support for the course adopted by Sika's Board of Directors and management. The group holds 25,000 shares, equivalent to about one percent of Sika's capital. In addition to Walter Grüebler, the group includes former Board members Hans Peter Ming, Thomas Bechtler, Robert Fechtig, Urs B. Rinderknecht, Toni Rusch, Fritz Studer and Georg Stucky, as well as former Sika employees and well-known members of the Swiss business community.

"This transaction jeopardizes the culture of a large Swiss family-owned company that has evolved over the decades and destroys value for Sika shareholders. The resistance being shown by the Board of Directors and management is justified," says the support group's communiqué.

Sika Management regards this fresh support as further corroboration of its course of defending the interests of all stakeholders, which are at acute risk as a result of Saint-Gobain’s hostile takeover bid. This is because Saint-Gobain wants to assume full control of the company with only 16 percent of the share capital, thus creating huge conflicts of interest which endanger the superior business model and successful growth strategy of Sika. 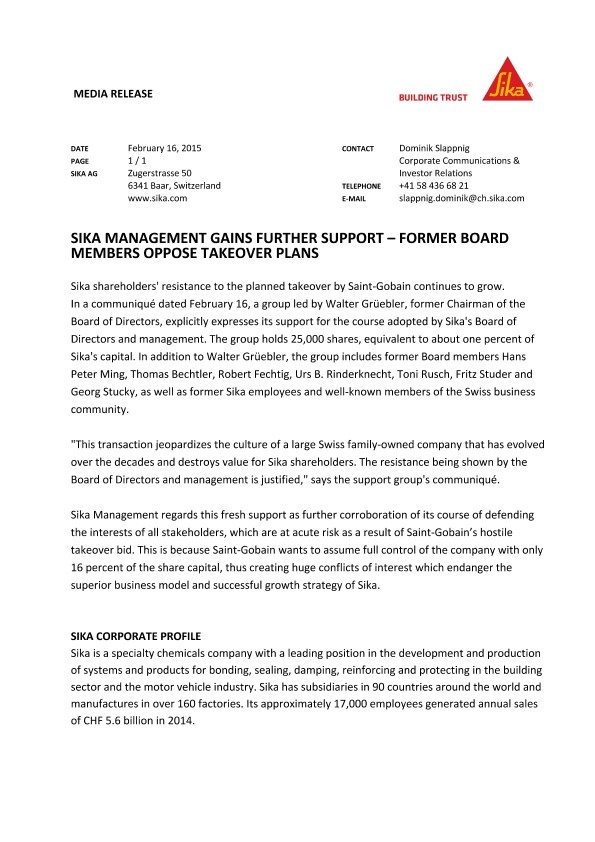 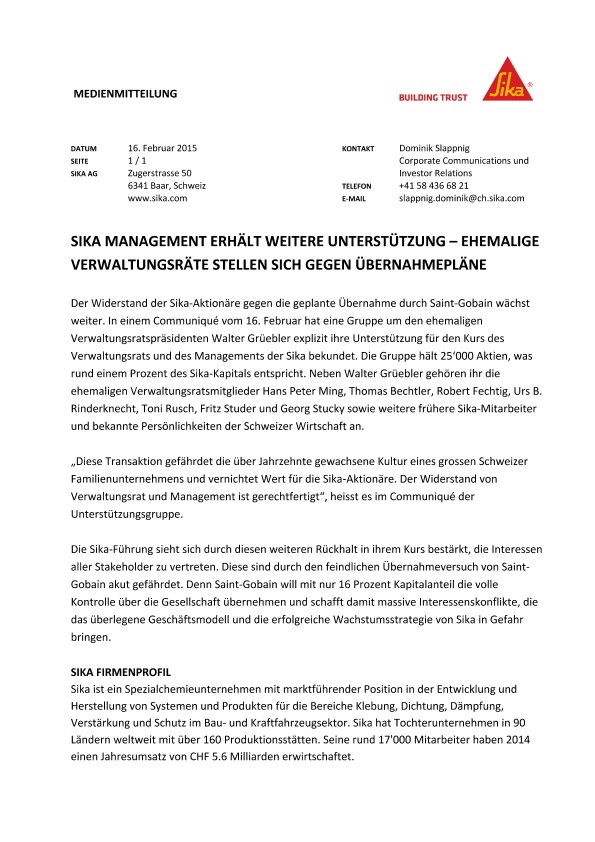