Please provide us with some background on the two companies 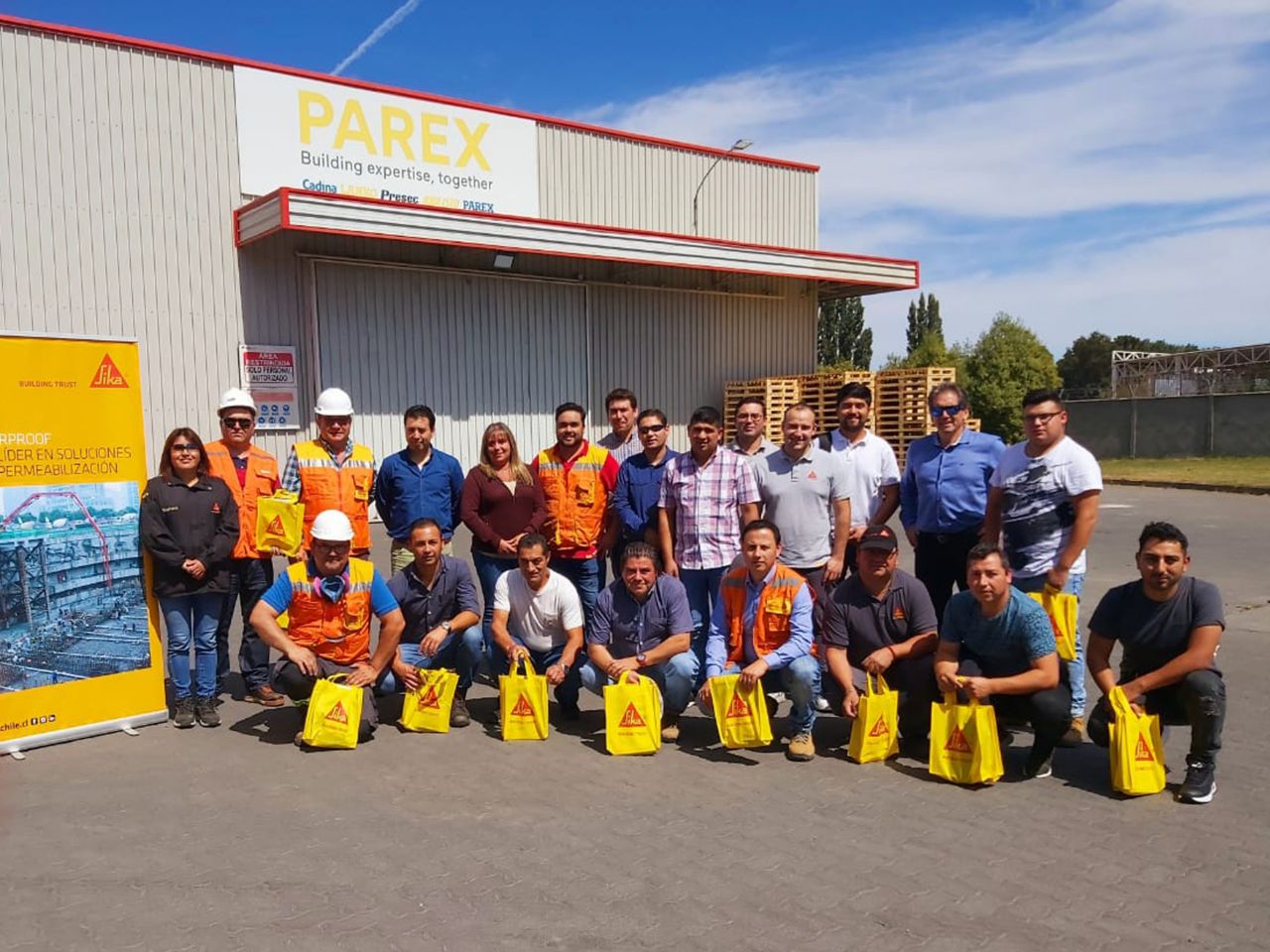 Image: Training for Sika customers at the Parex plant

Sika Chile had two plants and four commercial offices throughout the country with around 150 employees, was active in all seven Target Markets and produced 75% of products locally, mainly admixtures, technical mortars, epoxy adhesives and flooring, acrylic sealants, and liquid-applied membranes. The main plant and headquarters are located in Santiago, another plant and offices in Antofagasta, and further offices in Concepción and Puerto Montt.

Parex Chile had three plants and offices throughout the country with around 140 employees, active mainly in the mortars and tile adhesives market (now Target Market Building Finishing) with 95% of products produced locally. The main plant and headquarters were in Santiago, with plants in Arica and Los Angeles.

As you can see, although the two companies were similar in size, they were operating in different markets. Thanks to the acquisition, 60% of total sales are now achieved through the distribution channel and more than 1,500 customers are served from our facilities. We are building one strong company and making use of good practice from both Sika and Parex.

What have you achieved in one year? 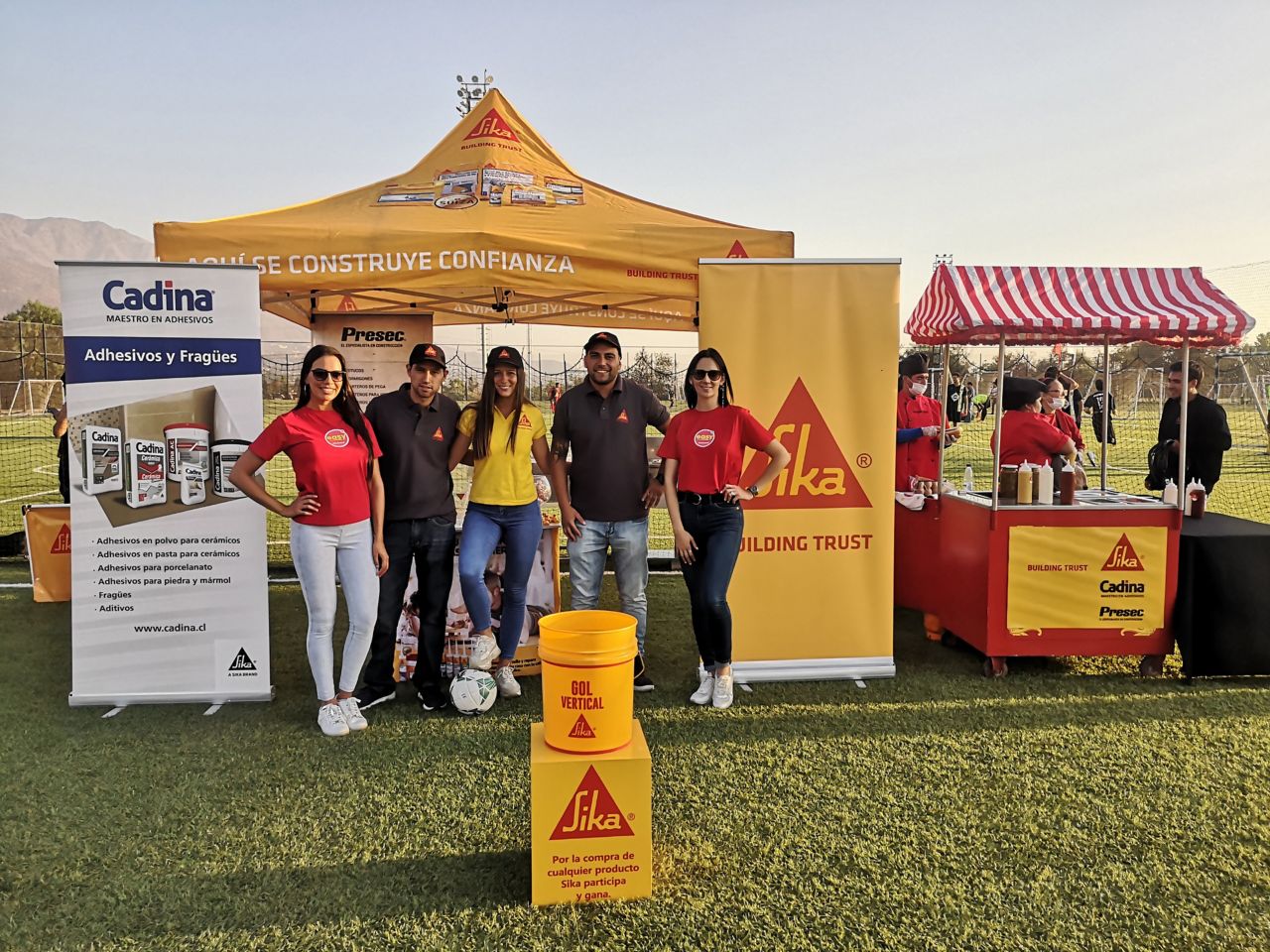 Image: Sponsorship of a local football tournament organized by Easy, a major DIY distributor, and attended by their contractors and end-users

In addition, cross-selling opportunities were identified and both sales teams are continuously working on contacting new customers and selling new products. The SikaCeram® product line, our tile adhesive brand, was enriched with new products, such as tile grouts, to help Sika compete in this segment with the current market leader. As an extension of this cross-selling initiative, Sika Chile is starting to export these products to countries in Latin America that aren’t producing the complete lines and where Parex companies do not exist.

In terms of operations, the first initiative was to move mortar production from the San Joaquin site to the Lampa site, which has a greater efficiency and a higher production capacity. In addition, we consolidated the operations in the North Zone by closing the Arica plant and moving the production to Antofagasta, headquarters of the mining industry in Chile. Both initiatives were concluded by the end of 2019.

40
new distributors since the acquisition

We are also simplifying our current Parex brand portfolio to define the brands that will remain going forward, moving from six Parex brands to three. By keeping the strong brands, we will remain easily identifiable to the customer.

With regards to administration, we are working hard to consolidate the two companies into one legal entity by including Parex into Sika ERP. This process is ongoing, and we expect to finish by the end of Q2 2020. This ERP integration will strengthen the “one company” spirit operating under one system.

WHAT ARE YOUR KEY FACTORS FOR A SUCCESSFUL INTEGRATION?

Integration is all about people and processes, and it is important to understand the market in order to make the right decisions. We see the following as the key success factors of this integration:

WHAT ARE THE NEXT STEPS?

Up until the end of May, we will be working on the consolidation of our Distribution Center in Santiago, moving from four different locations around the city to just one in Lampa, located close to the plant. At the beginning of July, both companies will be integrated into the ERP, and the consolidation into one legal entity will be completed within a 30-day term. The consolidation of operations in the South Zone, where we are aiming to increase mortar production and start admixture production, is planned for 2021, with new facilities in Concepción. And finally, our next step is to be one company, Sika, with two strong roots - the heritage of Sika and the heritage of Parex.