All the Board of Directors' proposals were accepted by shareholders at the 46th Annual General Meeting of Sika AG on April 15, 2014.

Furthermore, shareholders accepted the proposal of the Board of Directors to pay out a 12% higher gross dividend than in the previous year, namely, CHF 57.00 per bearer share (previous year: CHF 51.00) and CHF 9.50 per registered share (previous year: CHF 8.50) for business year 2013. This proposal is an expression of Sika's consistent dividend payout policy and follows the Group’s positive profit development. The ex-dividend and payment dates are April 17 and April 24, 2014, respectively.

The Annual General Meeting approved the proposed revision of the articles of association.

In its consultative vote, the Annual General Meeting approved the 2013 Compensation Report.

All the other proposals made by the Board of Directors were also approved. 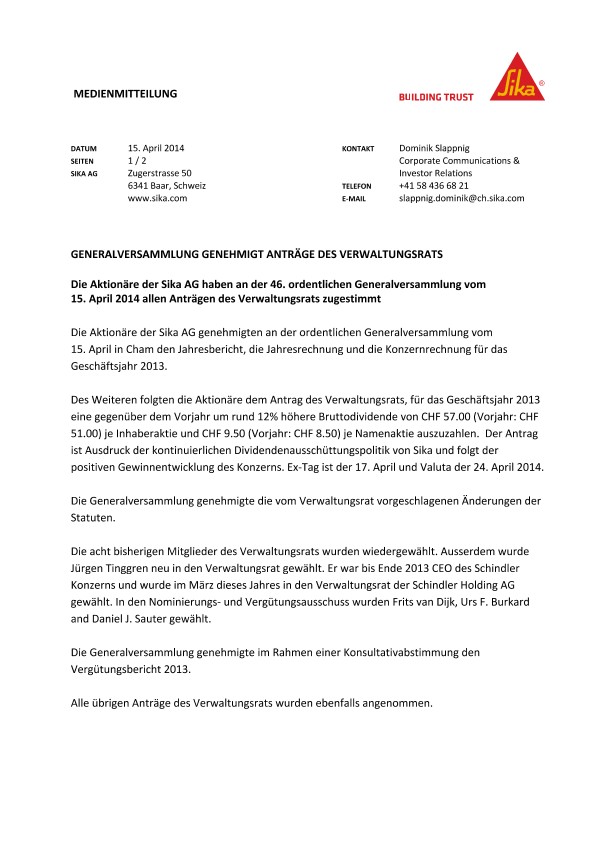