Sika CEO Jan Jenisch: “Our Strategy 2018 is delivering very good results. The huge growth momentum that we have created continued in the second quarter too, translating into an excellent performance in the first half of 2014. The accelerated expansion of the growth markets, our investments in new factories, the acquisitions we have made and the new product launches have all put us firmly on the road to success. Thanks to the commitment of our employees, high growth rates and the efficiency gains achieved, we have witnessed a significant increase in profitability.”

ON EXPANSION TRACK IN ALL REGIONS

All Group regions contributed to the 18.1% growth in sales. The currency effect had a negative impact of 7.5%. Adjusted to Swiss francs, sales were 10.6% higher.

Sales in the region EMEA (Europe, Middle East, Africa) saw a 21.7% increase in the first half of the year. Brighter prospects for the construction sector, significant growth in Germany and the Middle East and the moderate recovery witnessed by the Southern European countries impacted positively on the region’s performance. The acquisitions made in 2013, product launches and the mild winter were other contributory factors behind the strong rise in sales.

North America generated a 6.5% increase in sales. Projects delayed at the beginning of the year due to the harsh winter are now under construction and investments are being made in infrastructure projects and commercial buildings.

The region Asia/Pacific grew by 18.1%, building on the strong growth seen over recent years. Notably China, Japan, Indonesia and Australia are showing double-digit growth. Growth is based on gains made in market share by moving into new markets, on the launch of new products and on the newly opened plants.

Through further investments in growth markets, the launch of new products, and the recently acquired companies, Sika will continue its growth strategy in the current year. Owing to the excellent performance in the first half, sales growth projections for full-year 2014 have been raised from 6 – 8% to 9 – 11%. Strong currency movements and the framework conditions prevailing in some markets are still a challenge in the present financial year. Sika is expecting stable margins for the year as a whole. 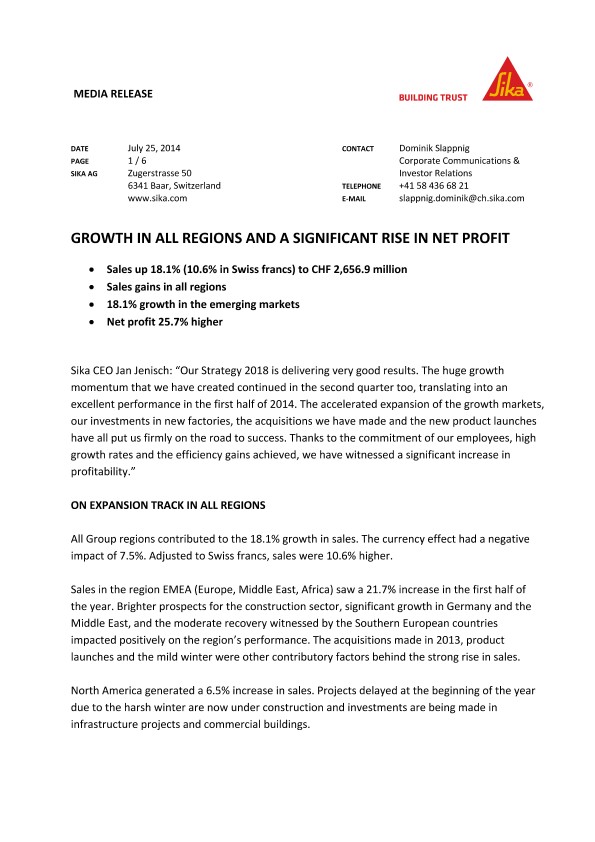 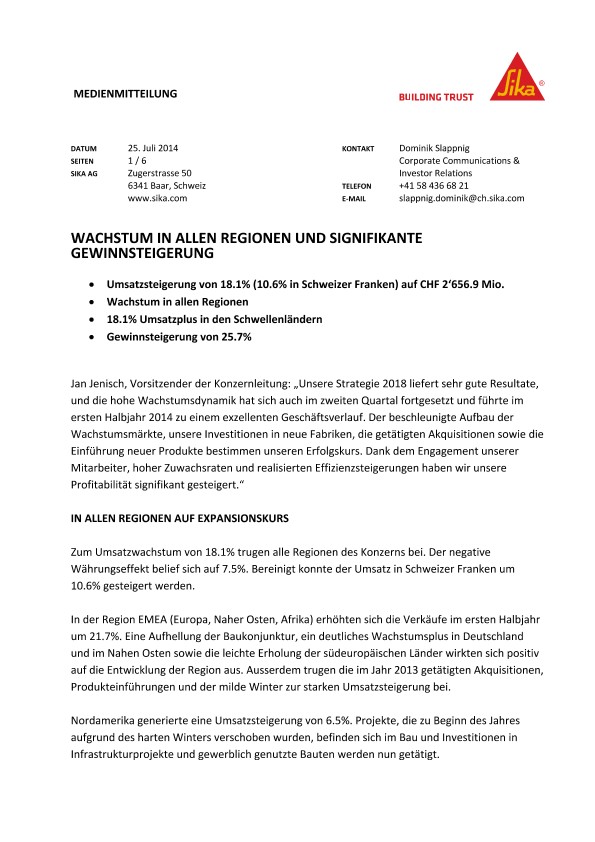 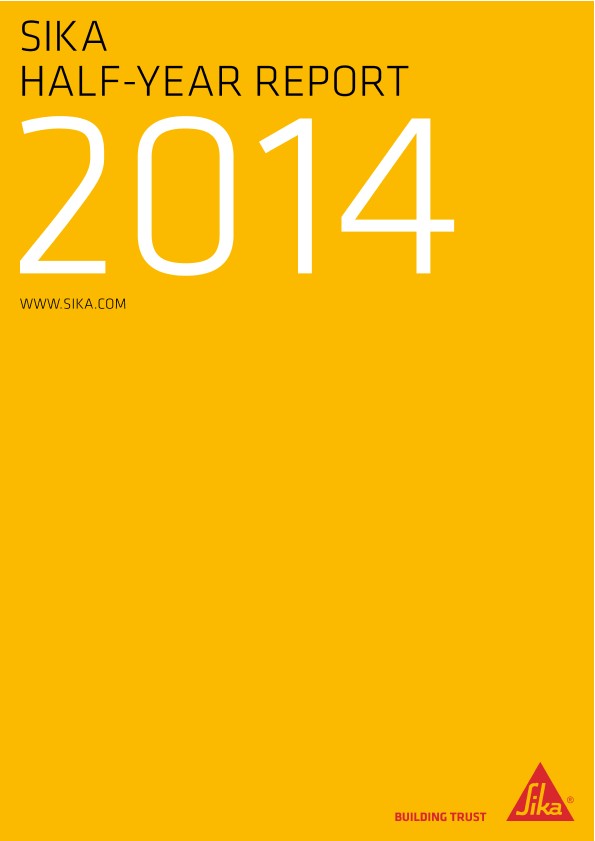 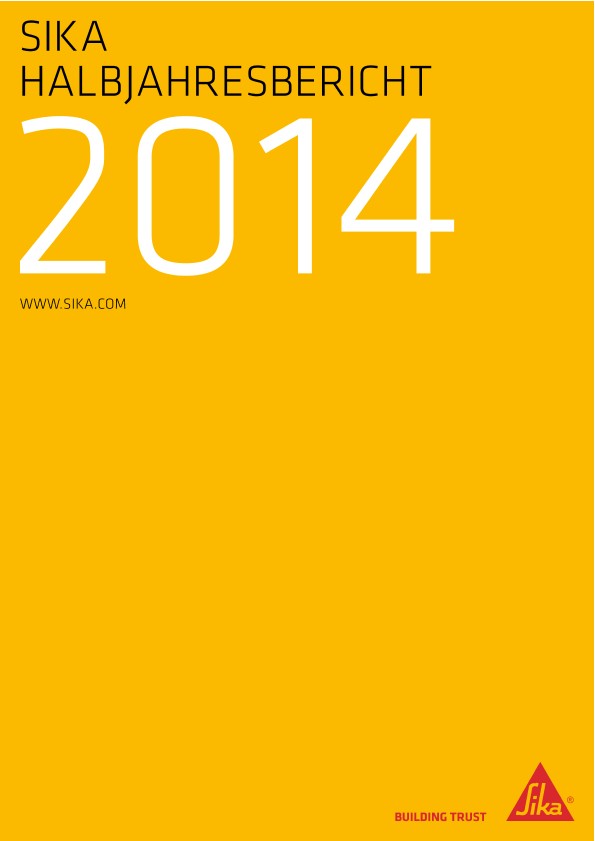