Sika CEO Jan Jenisch: “The fact that we have had a record year in 2013 is due to the expertise and commitment of our 16,293 employees. Their energy and ideas have taken Sika to the next level of performance, and we achieved record results for sales, net profit and free cash flow.

In light of the demanding conditions prevailing in numerous markets, the results achieved bear testimony to the strength and robustness of Sika's growth model. Our success formula for sustainably profitable growth is based on the strategic cornerstones of market penetration, technology leadership, accelerated expansion in the growth markets, market consolidation through acquisitions and a strong entrepreneurial corporate culture.”

Sika's success and reputation are founded on a more than one-hundred-year tradition of developing and marketing innovative products. Total research and development expenditure in 2013 came to CHF 166.1 million (2012: CHF 162.8 million), roughly equivalent to 3.2% of sales. In the period under review, Sika filed for 73 new patents and made 73 invention disclosures. A large number of new products were successfully launched.

These include for example the innovative SikaRapid® C-100 concrete accelerator for extra-early strength development in both pure and blended cement systems (pulverized-fuel ash, slag, limestone flour). With Sika® WT-100L and Sika® WT-200P, two new admixtures to improve concrete watertightness were launched. For improved crash behavior in motor vehicle construction, SikaReinforcer®-940 and SikaReinforcer®-960 bonded reinforcing elements were introduced to the market.

Launched two years ago, sales of SikaProof®, a waterproofing membrane that prevent any lateral water underflow for direct bonding to concrete, were up 320% in 2013. Sales of SikaPower®, an adhesive for the latest generation of high-strength, weight-optimized car bodies, were increased by 44%.

In 2013, five companies with a total of 1,058 employees and annualized sales of CHF 372 million were acquired. With AkzoNobel's Building Adhesives business (Europe), Everbuild (UK), Texsa (India and Mexico), Optiroc (Singapore and Malaysia) and Radmix (Australia) on board, synergies will be achieved in market access and technology management.

Board of Directors proposes payment of 12% higher dividend

The Strategy 2018 was developed and launched worldwide in the 2013 financial year. Sika's growth model is the foundation for its long-term success and for profitable, above-average growth and leadership in the individual target markets.

Within the framework of the Strategy 2018, sales growth of 6 to 8% p.a. is being targeted, assuming constant exchange rates. Emerging markets' share in sales is to be increased to 42 to 45% by 2018. In terms of earnings, the aim is to achieve and sustain an EBIT margin of more than 10% and an operating free cash flow of over 6%.

The growth strategy is expected to continue in 2014, through investments in growth markets, the launch of new products, and the acquired companies. However, currency movements and the conditions prevailing in some markets will continue to pose a challenge in the current financial year.

For 2014, Sika expects to see a result in line with the new Strategy 2018, with sales growth of 6 to 8%, assuming constant exchange rates and stable margin trends. 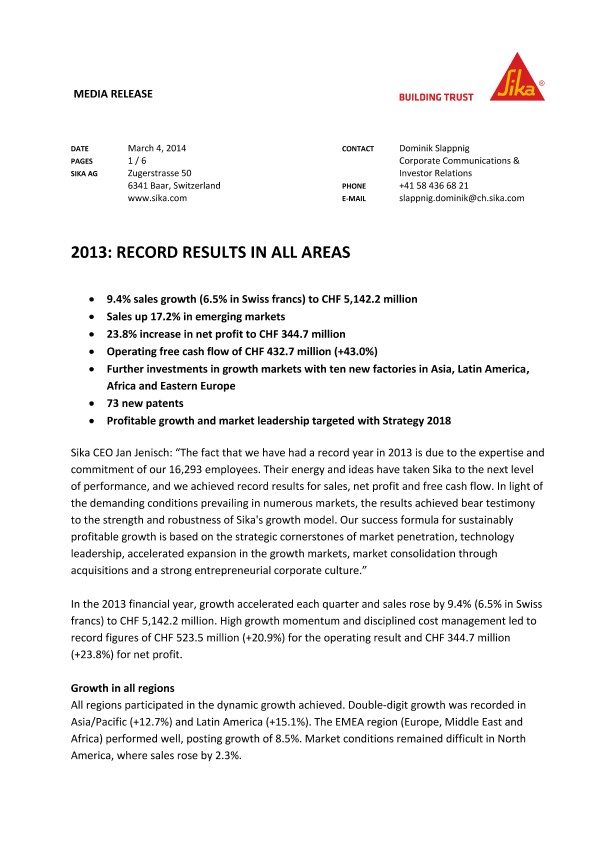 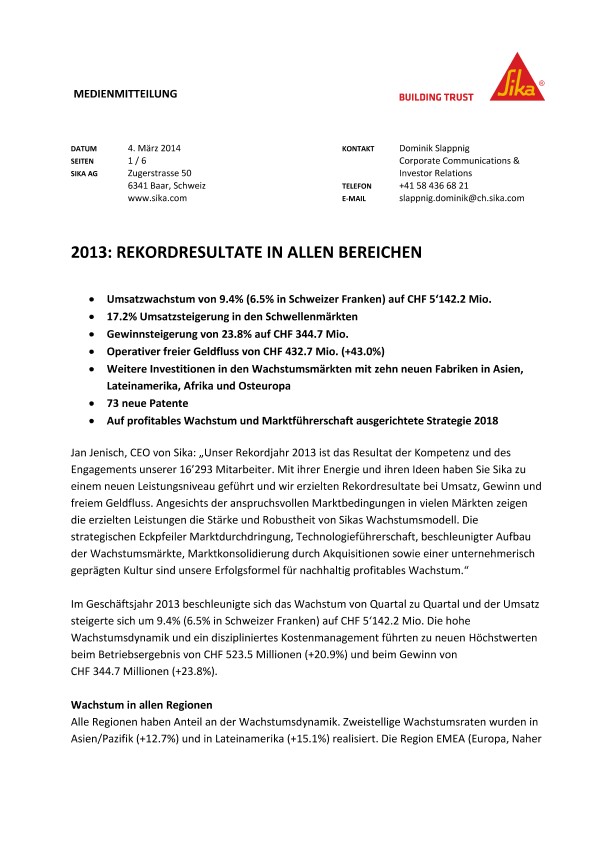 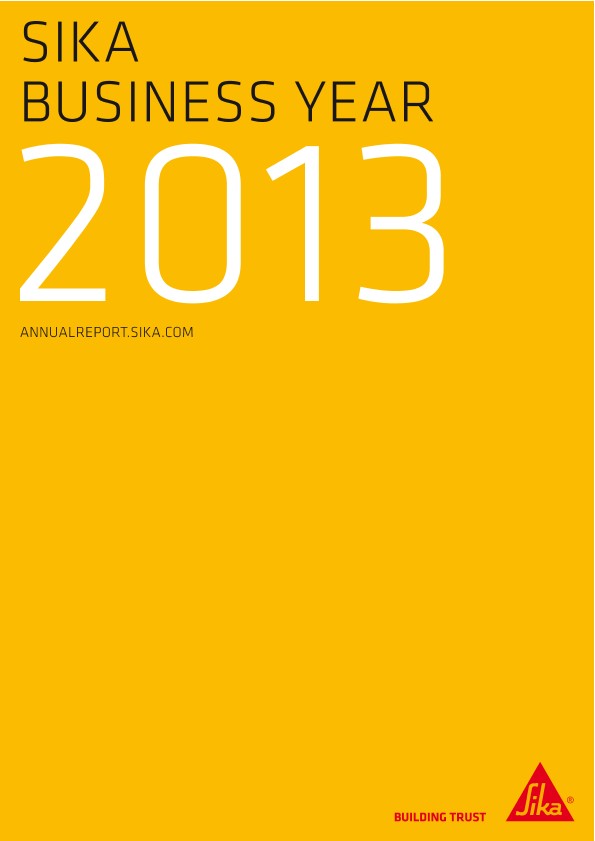 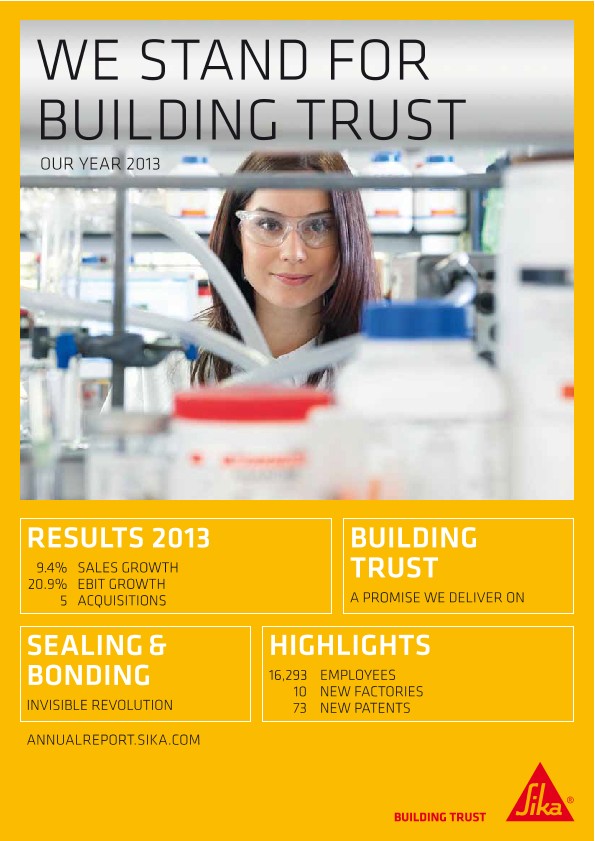