In the 2014 financial year, Sika continued on its successful growth and achieved the best result in the company’s history. Sales reached record levels in all regions and all relevant growth targets for 2014 were exceeded. High growth momentum and disciplined cost management led to new record figures of CHF 633.2 million (+21.0%) for the operating result and CHF 441.2 million (+28.0%) for net profit.

CEO Jan Jenisch: “Our record year in 2014 is the result of our strategic continuity and the expertise and commitment of our 16,895 employees. Their energy, ideas and active embodiment of the Sika Spirit have taken Sika to the next level of performance. On behalf of Group Management, I wish to thank them all for their hard work and loyalty over the past year.”

Sika significantly exceeded its growth targets for full year 2014. It increased sales by 13% (in local currencies) to CHF 5,571.3 million. All regions contributed to this growth and set new sales records. The negative currency effect for the full year was 4.7%. Sales in Swiss francs increased by 8.3% after adjustment for currency effects.

Sales in the region EMEA (Europe, Middle East, Africa) experienced an increase of 13.3%. Visible growth drivers in the Middle East and Africa and the moderate recovery seen in the southern European markets had a positive impact on the region’s development. North America recorded a 7.9% increase in sales. Construction projects put on hold in recent years are now being carried out. The region Asia/Pacific witnessed a 12.9% increase in sales, breaking the CHF 1 billion barrier for the first time. At 16.0%, sales growth remained consistently high in Latin America in 2014. In a demanding business environment, Sika benefited from its strong market presence.

Strategy 2018 is delivering results in excess of Sika's targets and expectations. Its core features are the accelerated development of growth markets, investments in new factories and the launch of new products. A key growth driver in the year under review was the high-margin mortar business, which recorded sales growth of 31%. The strategy is implemented by results-driven employees who are ready to take responsibility and whose main priority is the customer.

Accelerated development and expansion in the emerging markets continued in 2014. New factories were opened in Brazil, Mexico, Indonesia, Singapore, India and Serbia. In the US, two new production facilities were commissioned in Atlanta and Denver.

The 873 employees working in R&D are the main drivers of new product developments and Sika’s innovative strength. In the 2014 financial year, 70 new patent applications were filed, and a large number of new products were launched in all key target markets.

On December 8, 2014, Sika stated its position on the hostile takeover bid by Saint-Gobain, and shortly afterwards presented concrete proposals for ensuring that the Sika success story continues. The Board of Directors and Group Management reject the change of control in the proposed form. They will continue to act in the interests of Sika and its stakeholders, and, in the light of this background, are open to constructive talks with all the parties involved. The goal is to continue to move Sika's successful growth strategy forward unimpeded and thus secure the company's future.

BOARD OF DIRECTORS PROPOSES PAYMENT OF 26% HIGHER DIVIDEND 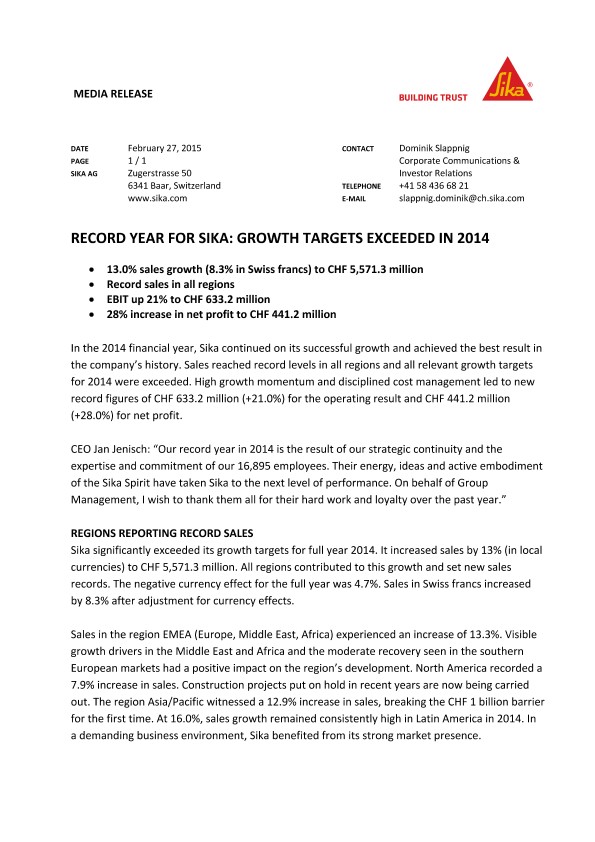 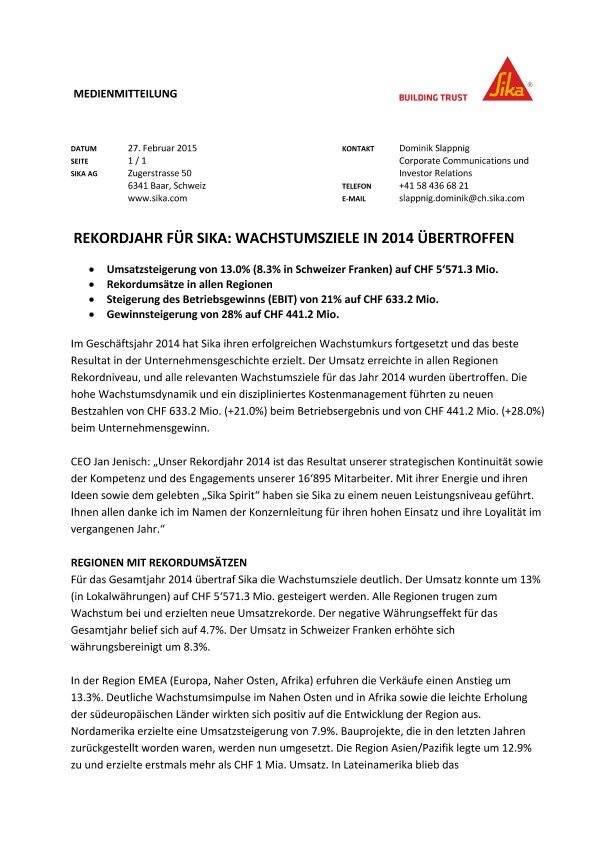 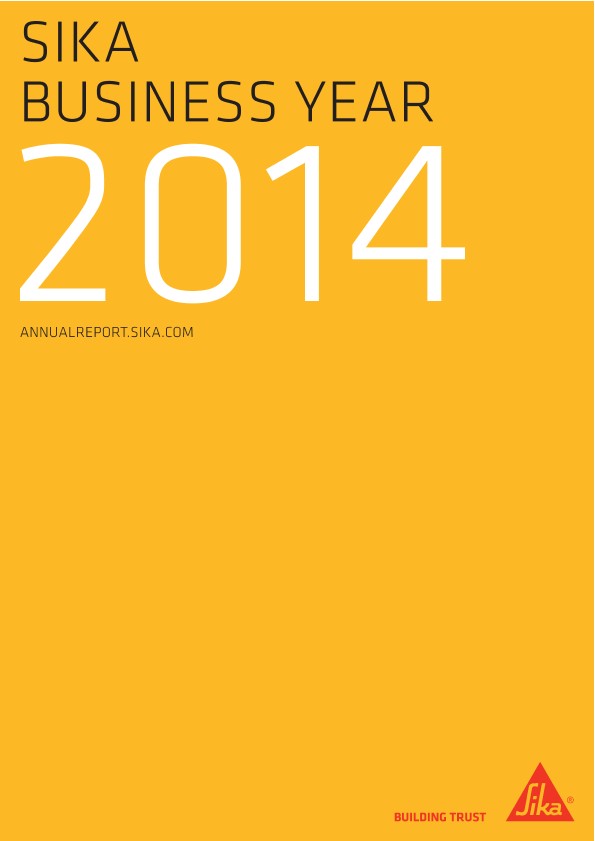 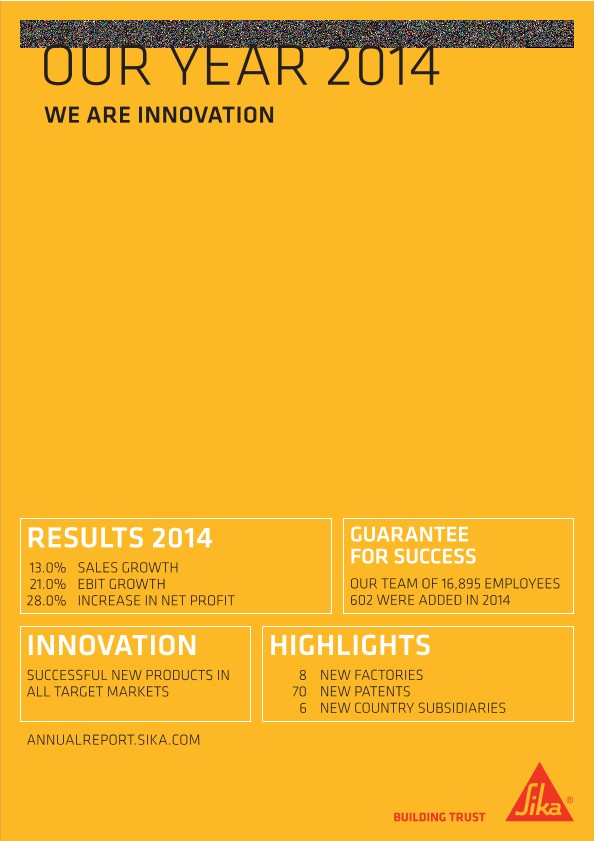