The Board of Directors of Sika AG has today published its report required to be prepared pursuant to the decision of the Swiss Takeover Board of March 5, 2015:

However, the essential question of whether the obligation to make an offer would apply in the event of the planned sale of Sika to Saint-Gobain remains open. The Board of Directors is still of the view that the opting out clause does not have any effect in the current case. Invoking the clause damages the basis of trust created by the Burkard family and violates the limitations set out in the Articles of Association for the protection of public shareholders (limitation on transferability).

In the view of the Board of Directors of Sika, such course of action would be abusive. It annuls the orderly governance provided for in the Articles of Association and creates a double disadvantage for the company and its public shareholders in a form that neither had to anticipate.

Opposition to the planned takeover by Saint-Gobain is based on the Board of Directors' analysis, which concludes that Sika's corporate interests are endangered in a lasting manner. Evidently the vast majority of public shareholders shares these economic concerns. 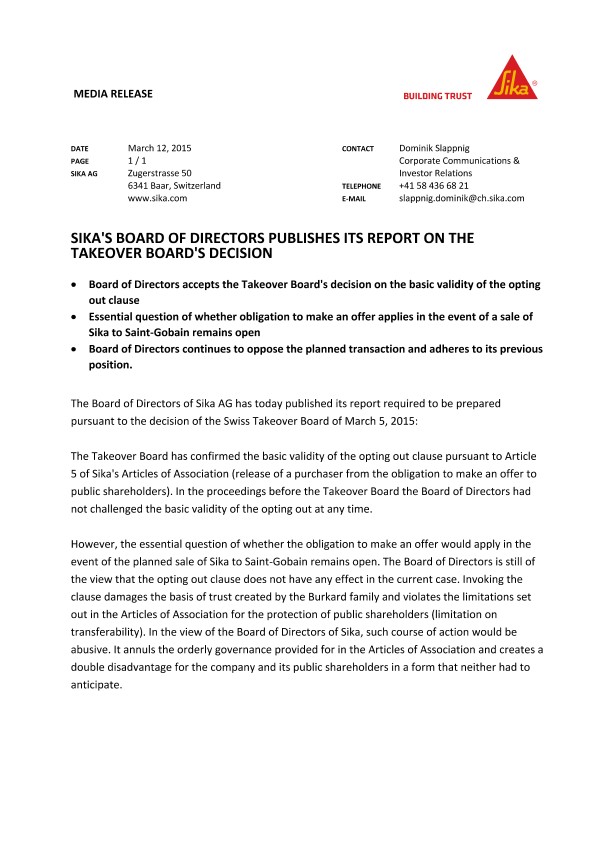 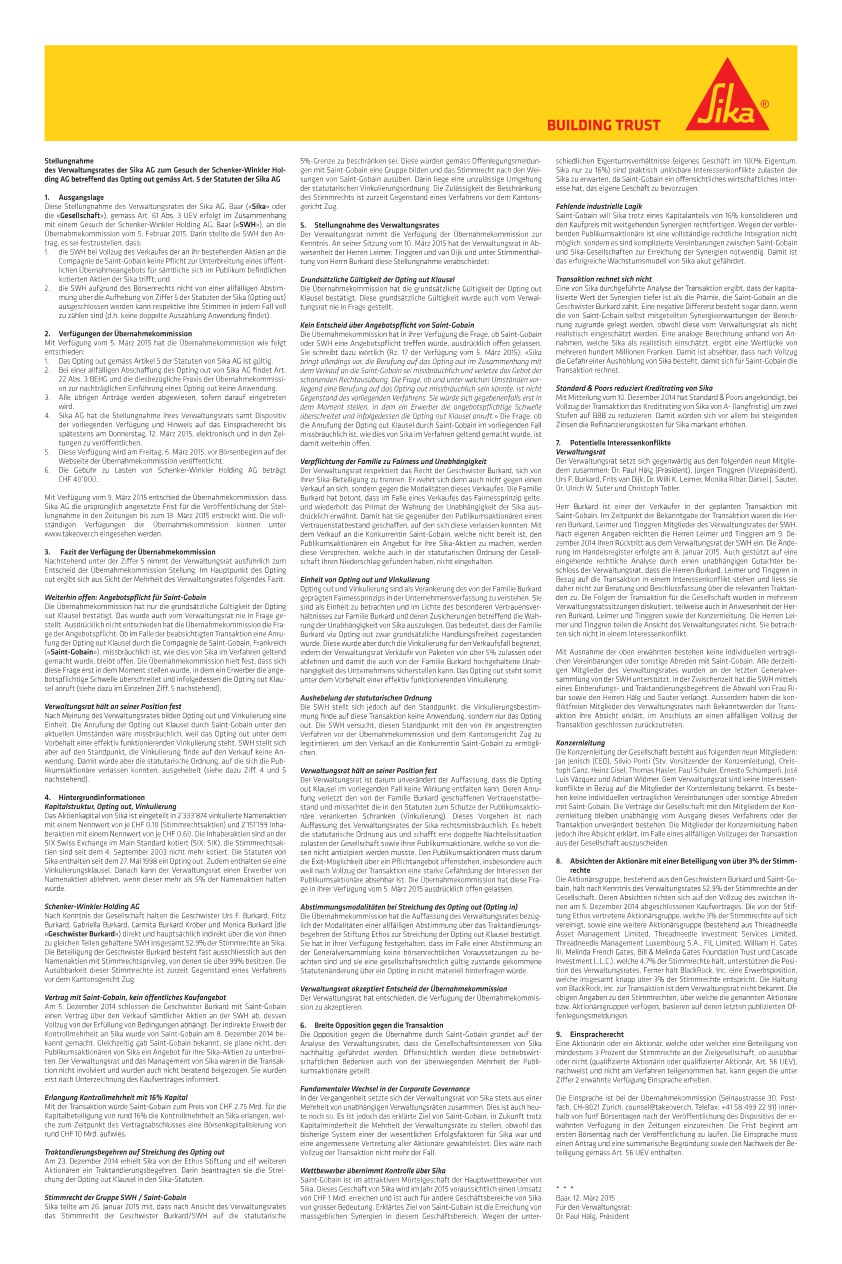