The Board of Directors of Sika AG has confirmed April 12, 2016 as the date of the 2016 Annual General Meeting and responds to the submitted shareholders’ proposals as follows:

ELECTION OF THE BOARD OF DIRECTORS

EXTENSION OF TERM OF OFFICE OF CURRENT SPECIAL EXPERTS

The shareholder group comprising Cascade Investment, Bill & Melinda Gates Foundation Trust, Fidelity Investments International and Columbia Threadneedle Investments proposes that the term of office of the Special Experts be extended until the 2020 Annual General Meeting. The Board of Directors supports this proposal by a majority.
Complete Agenda

The complete agenda containing the Board of Directors' proposals on all items will be sent to holders of registered shares and published in the Swiss Official Gazette of Commerce as well as on the website of Sika AG on March 18, 2016. 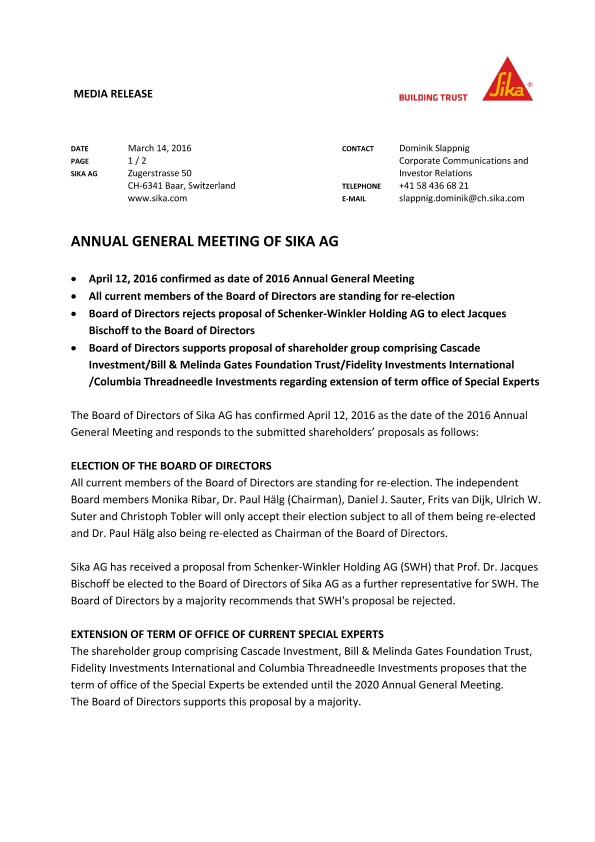 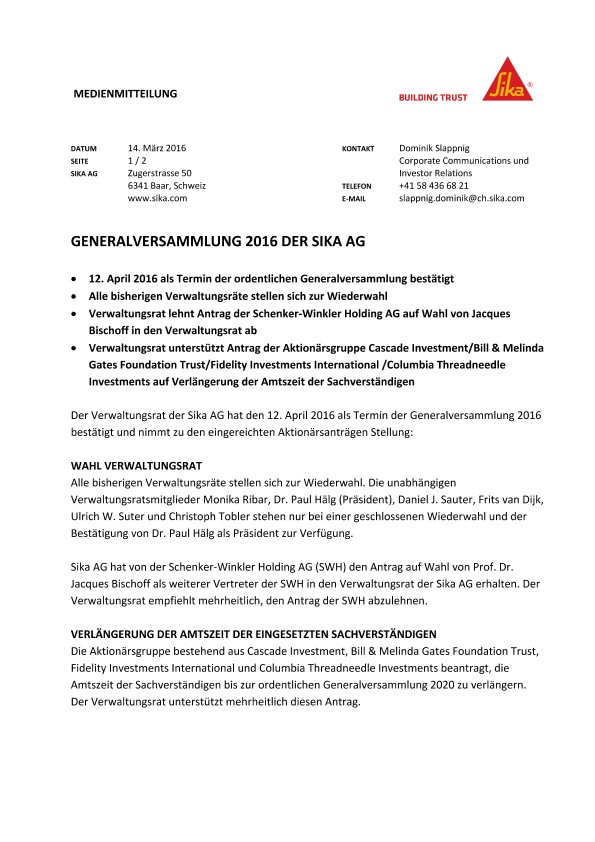