Sika has today been informed that Schenker-Winkler Holding AG (SWH) challenges certain decisions of the Annual General Meeting of Sika of April 12, 2016. With its action SWH challenges essentially the re-election to the board of directors of Monika Ribar as well as Paul Hälg, Daniel Sauter, Ulrich Suter and Christoph Tobler as well as the non-election of Jacques Bischoff as a board member.

The new Bibra Lake site will strengthen Sika's presence on Australia's west coast and lay the foundations for further growth in this region. The facility combines two existing plants and three regional warehouses that had reached the limit of their capacity.

Heinz Gisel, Regional Manager Asia/Pacific: "The new production and logistic site on the Australian west coast will allow us to optimize manufacturing processes and logistics, capitalize on synergy potential and increase production volumes. By developing and expanding the product portfolio, we are responding to the strong demand from our customers in Western Australia and consequently implement our Strategy 2018."

Sika on growth trajectory in Australia

Over the last five years, Sika has experienced strong double-digit organic growth in Australia. In addition two local companies were acquired: Radmix Resources in 2013 and CTA in 2015.

The latest project for which Sika will supply product technologies is the CHF 1.5 billion State Government-funded Forrestfield-Airport Link. The infrastructure project involves construction of a new rail line, including two eight-kilometer tunnels that will improve connections to and from Perth Airport, the eastern suburbs and regional centers.

The new plant in Western Australia puts Sika in a strong position to support the railway project by providing an extensive range of concrete admixtures and waterproofing technologies and technical service. 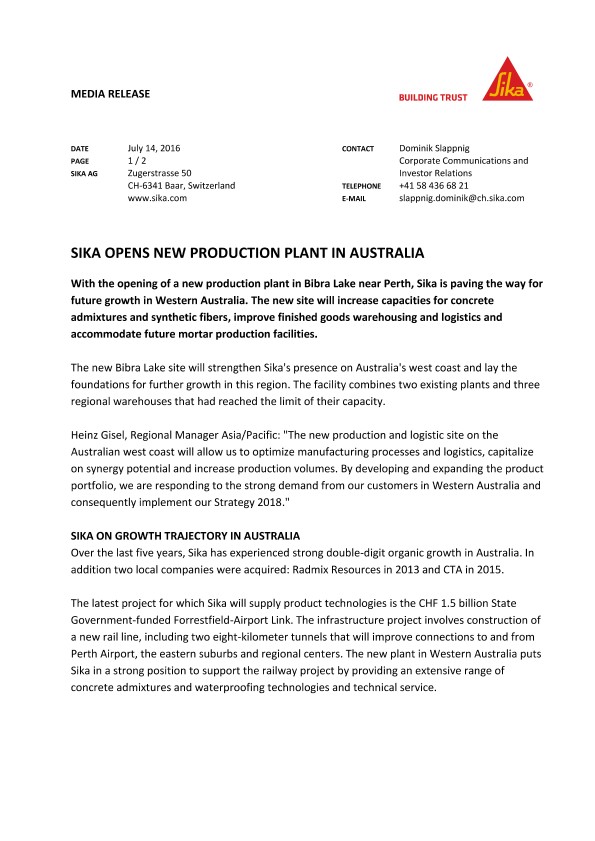 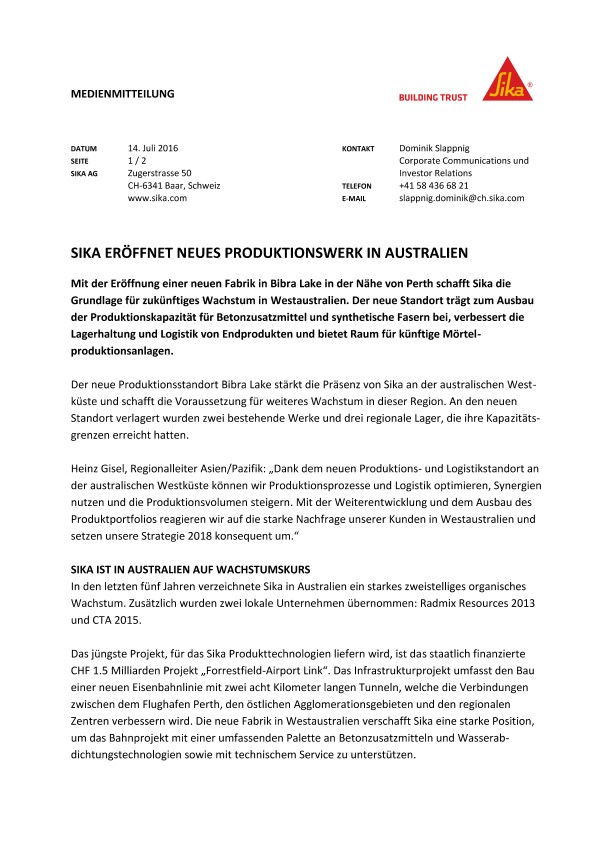