Paul Schuler has been with Sika for 29 years and has been a member of the Group Management since 2007. He served as Regional Manager North America from 2007 to 2012 and as Regional Manager EMEA from 2013 until now. Paul Schuler has played a key role in developing and executing Sika’s successful growth strategy. His contributions to Sika’s success include high growth rates, significant improvements in efficiency and profitability as well as responsibility for major acquisitions.

Paul Hälg, Chairman of the Board: “I am delighted that the Board has appointed Paul Schuler as our new CEO. He has been a member of the Group Management for more than 10 years and has a highly successful track record in his leadership of two out of four Sika regions. His competent and energetic leadership style will ensure the continuation of Sika’s growth strategy. I look forward to working together with him and in achieving our strategic targets 2020.”

Paul Schuler: “I am excited about my new role and look forward to working with Sika’s global leadership team. I am committed to continuing our growth strategy, meeting our targets for 2020 and further developing Sika’s global business.”

Jan Jenisch has been with Sika for more than 20 years and has been the CEO for the past five-and-a-half years. Under his leadership, Sika has seen significant profitable growth and an accelerated expansion into new markets, with a build-up of supply chains and new national subsidiaries.

Paul Hälg: “I would like to thank Jan Jenisch for his outstanding leadership and accomplishments over the past 20 years. As CEO he has led Sika to an accelerated growth strategy and to a new performance level. While I regret his departure I wish him all the best for his future.”

Sika confirms its guidance for 2017 with sales growth of 6-8% to more than CHF 6 billion for the first time. EBIT and net profit should continue to increase at disproportionately high rates. The growth strategy will be pursued with the opening of eight new factories and the founding of a further three national subsidiaries. 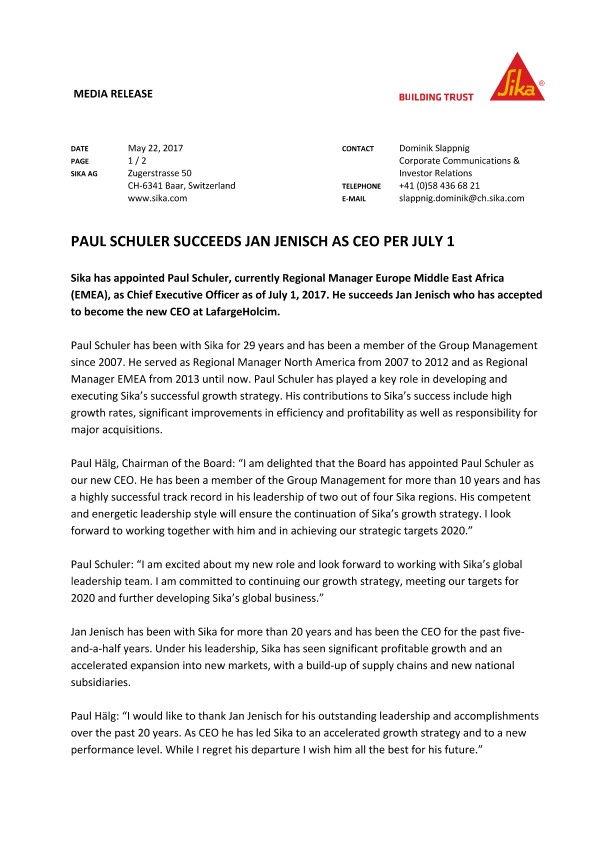 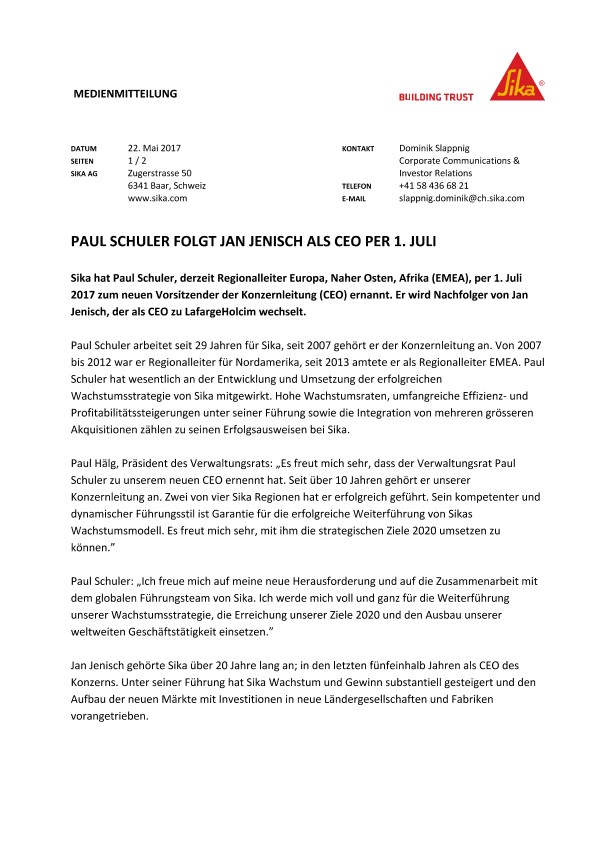