▪ Sales growth of 14.1% in local currency (15.0% in CHF) to CHF 5,322.7 million
▪ Growth in all regions
▪ Operating profit (EBIT) up 9.0% (excluding one-off costs incurred in connection with the resolution of the dispute with Saint-Gobain, EBIT would have risen by 12.4%)
▪ Double-digit increase in net profit of 10.5%
▪ Consistent implementation of growth strategy with establishment of a further national subsidiary, the opening of six new factories, and completion of three acquisitions
▪ Outlook 2018: Confirmation of sales target of more than CHF 7 billion ̶ double-digit growth in both EBIT and net profit

With sales growth of 14.1% in local currency (15.0% in CHF), Sika continued on its successful growth trajectory in the first nine months of the year, achieving a new record sales figure of CHF 5,322.7  million. As part of the implementation of the strategic targets for 2020, one further national subsidiary was founded, six new factories were opened and three acquisitions were completed – the aim being to proceed with the expansion in high-growth business areas and markets.

"A further sales increase of 14.1% – which is significantly above our defined target corridor – and a profit increase of 10.5% demonstrate that we are tapping into the business potential of global markets and generating further enterprise value. A very pleasing development in the first nine months of the year is the 29.9% growth in the new Global Business segment and the 14.4% rise in the EMEA region. Our sales teams are focusing in particular on major cities and metropolitan areas in order to benefit in a lasting way from the construction of high-rise buildings, the realization of infrastructure projects and the maintenance of existing structures, while at the same time steering the organization toward further profitable growth." Paul Schuler, CEO of Sika

With its acquisition of Index Construction Systems and Products, Sika has gained a leading manufacturer of waterproofing systems for roofs and building structures headquartered near Verona, Italy. In the reporting period Sika also acquired Polypag, a leading Swiss-based manufacturer and developer of polyurethane foam systems. Production capacity was increased in Senegal, Saudi Arabia, Dubai and Azerbaijan through the commissioning of new factories for concrete admixtures and mortar products.

The newly established Americas region recorded growth of 13.0% in the first nine months of 2018 (previous year: 11.1%). The USA managed to record double-digit growth thanks to strong demand in key target markets. The development of business in Mexico, Argentina, and Brazil was above-average. The basis for further growth in Central America was laid with the establishment of a new national subsidiary in Honduras.

Growth in the Asia/Pacific region amounted to 4.8% (previous year: 4.9%). Here the highest growth rates were recorded by India and China. In Vietnam, a state-of-the-art facility for mortar production has come on stream in the Bac Ninh plant alongside the existing production of concrete admixtures. This has enabled Sika to expand its supply chain in this country’s booming construction market.

The new Global Business segment recorded a growth rate of 29.9% (previous year: 9.2%), of which 22.7% is attributable to the acquisition of Faist ChemTec. This new segment includes the globally managed automotive business as well as the two businesses Advanced Resins (formerly Axson Technologies) and Faist. Both are centrally managed and are established providers of components and solutions for automotive and other industries. Thanks to structural growth and greater market penetration, Sika recorded an increase of 6% in the third quarter in the automotive area, which is significantly higher than the overall market performance. A new automotive factory for the production of acoustic and body reinforcement systems was opened in Querétaro, in order to derive even greater benefit from the strong Mexican automotive market.

OUTLOOK 2018: CONFIRMATION OF SALES TARGET OF MORE THAN CHF 7 BILLION ̶ DOUBLE-DIGIT GROWTH IN BOTH EBIT AND NET PROFIT

Based on the result for the first nine months of the current financial year, Sika is confirming its target for full year 2018 – namely an increase in sales of more than 10% to reach CHF 7 billion for the first time. Volatile and rising raw material prices continue to pose a challenge. Despite the one-off costs incurred in connection with resolving the takeover dispute and the higher raw material prices, Sika is expecting double-digit growth rates for both EBIT and net profit for the year as a whole. The growth strategy will be continued in 2018 with the opening of at least eight new factories and further acquisitions in the highly fragmented construction chemicals market. 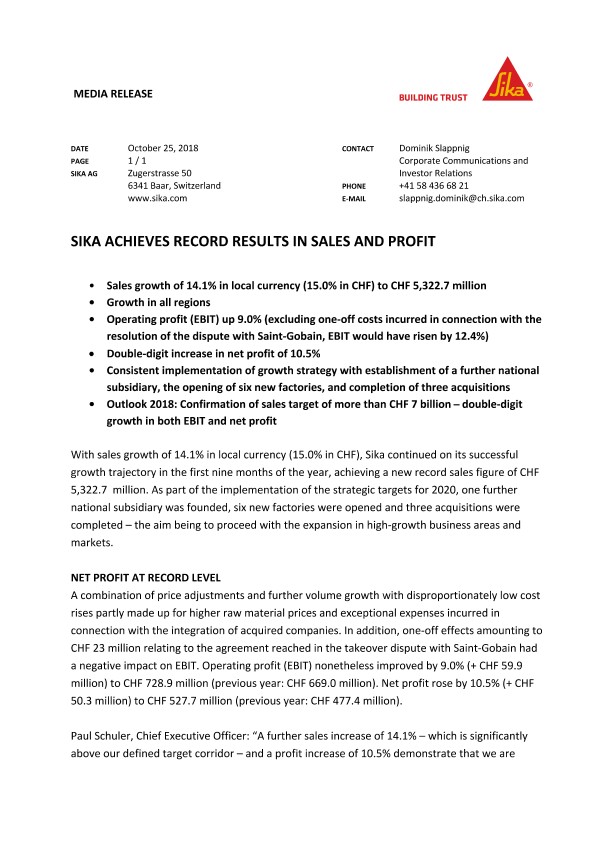 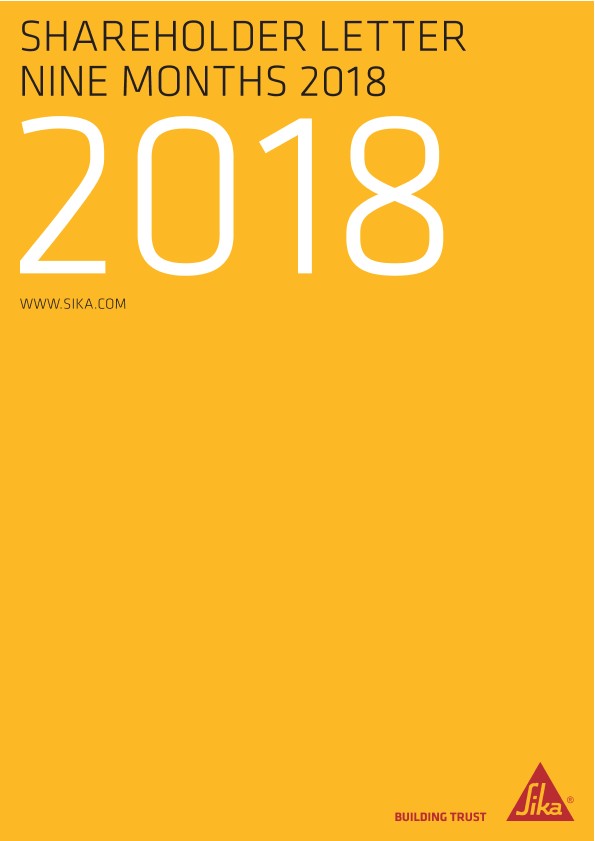 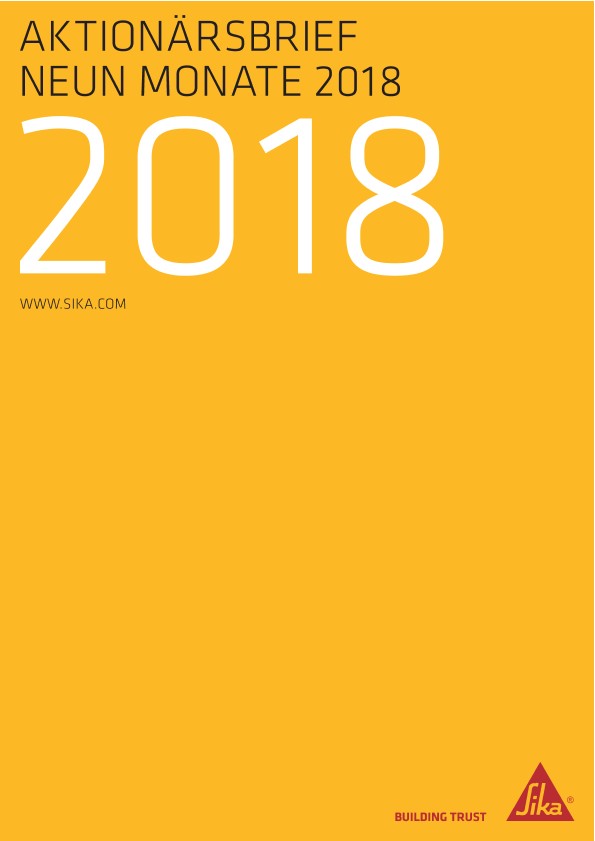