The Board of Directors of Sika has appointed Philippe Jost as new Head Construction and Member of Group Management effective June 1, 2019.

Philippe Jost succeeds Yumi Kan, who for personal reasons has decided to relocate back to Asia, where she will assume the roles of Regional Target Market Manager Concrete Asia/Pacific and Area Manager South Asia.

Philippe Jost (47) began his career at Sika in 1997. He held various management positions at the Swiss and US national subsidiaries, before joining the Corporate organization in 2007, where he assumed the role of Corporate Target Market Manager Concrete, among others. In this function, he drove forward the growth and profitability of Target Market Concrete, and was responsible for the successful integration of acquisitions in the concrete area. In 2014 Philippe Jost was appointed Corporate Head Human Resources. In addition to bringing the HR organization closer to the business needs of Sika, he has been involved in Sika’s digital initiatives, and is currently leading the preparation of the integration of Parex.

Philippe Jost is a qualified civil engineer (ETH Zurich) and holds an MBA (London Business School). He is a Luxembourg national and is married with two children. 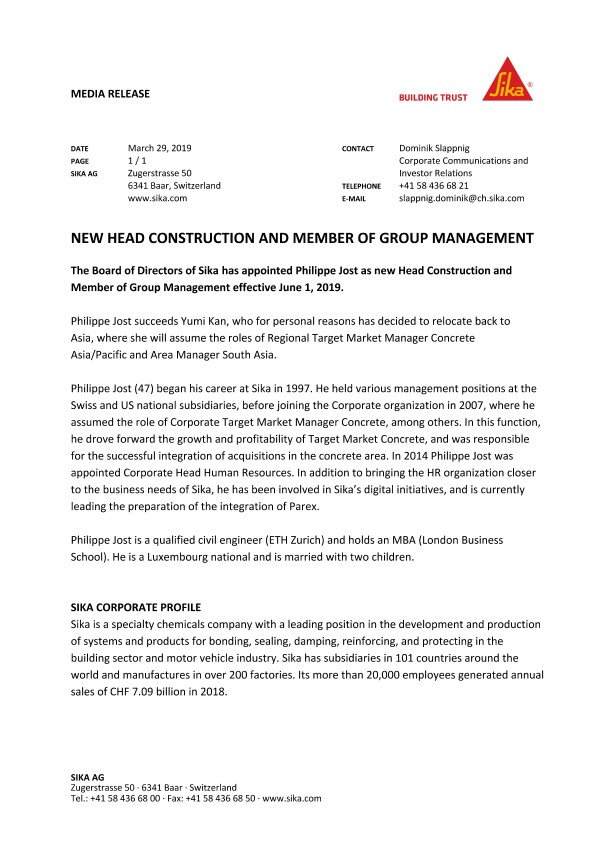 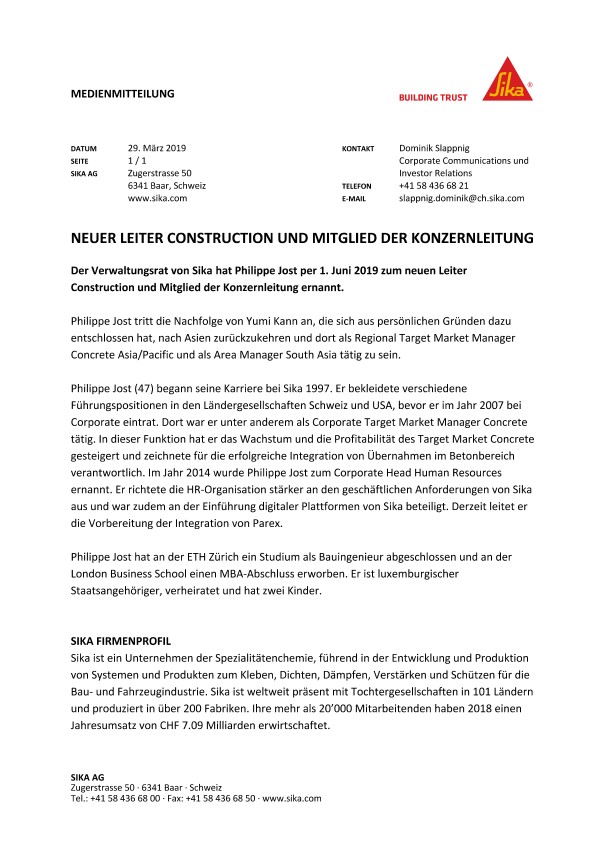