"We have shown proof of our strength and growth capabilities now the takeover dispute has ended. 2018 was a historic year for Sika, during which the course was set for further growth and sustainable success. With sales reaching a record CHF 7,085.4 million and an operating result of CHF 945.9 million, we can look back with pride on the past financial year. We achieved further record results in an economic environment that was at times challenging. We would like to sincerely congratulate our 20,060 employees and thank them for their hard work and tremendous dedication." Paul Schuler, CEO of Sika

In 2018, Sika generated sales of CHF 3,167.3 million in the EMEA (Europe, Middle East, Africa) region (previous year: CHF 2,735.7 million). This translates into growth of 14.1% in local currencies. The core markets of Spain and the UK recorded high single-digit growth, while double-digit rates were achieved in Eastern Europe. In particular, the recently founded national subsidiaries contributed to double-digit growth in Africa. All Sika’s target markets contributed to the good overall result with high single-digit rates of organic growth.

Sales in the recently created Americas region grew by 11.7% in local currencies to CHF 1,820.5 million (previous year:  CHF 1,684.0 million). Investment in the country’s rapidly growing metropolitan areas was the driving force behind double-digit growth in the United States. Business performance in Brazil and Colombia was higher than average. The organizational amalgamation of the two formerly separate North America and Latin America regions to form the Americas region resulted in improvements through various new initiatives in procurement, innovation, talent development, and operations.

Sales in the Asia/Pacific region increased by 5.5% in local currencies to CHF 1,177.2 million (previous year:  CHF 1,121.4 million). The region’s organic growth during the fourth quarter of 2018 reached 7.5%, the highest quarterly figure for the past three years. India, Indonesia, and China recorded the strongest growth rates. The national subsidiary established by Sika in Bangladesh in 2017 has already made a name for itself as a leading supplier of high-performance system solutions in major infrastructure projects such as expressways, railway lines, and energy supply facilities.

In the new Global Business segment, Sika achieved growth in local currencies of 29.2%. Total sales amounted to CHF 920.4 million (previous year: CHF 707.2 million), of which 23.1% was attributable to the acquisition of Faist ChemTec. This segment comprises the globally managed automotive business as well as Advanced Resins (formerly Axson Technologies) and Faist ChemTec, both established suppliers of components and solutions to the automotive sector and other industries. Overall, Sika gained additional market share in the automotive sector in 2018, while projects in hand for 2019 reached new record levels. The company’s product technologies for lightweight construction and electromobility are among those that harbor strong growth potential, alongside its comprehensive acoustic solutions for modern vehicle construction. Sika is set to benefit substantially from the megatrend toward electromobility and aims to increase its percentage of components per vehicle by 20%.

Higher dividend proposed – New elections to the board of directors

Furthermore the Board of Directors proposes the election of Thierry Vanlancker (Netherlands) and Victor Balli (Switzerland) as new members of the Board. Ulrich W. Suter is not standing for re-election.

Sika expects sales to increase by 6–8% in 2019, in accordance with the Group’s 2020 growth strategy, and anticipates an over-proportional rise in profits. Depending on when the Parex transaction is completed, sales are expected to exceed CHF 8 billion. Implementation of the growth strategy will continue in 2019 with the opening of seven to nine new factories and further acquisitions. The new Strategy 2023 will be presented at the Sika Capital Markets Day on October 3, 2019. 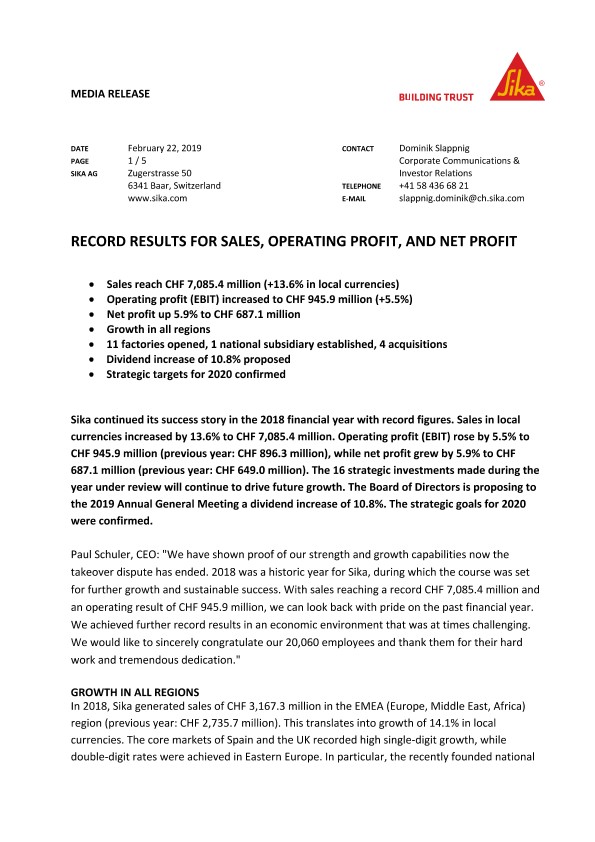 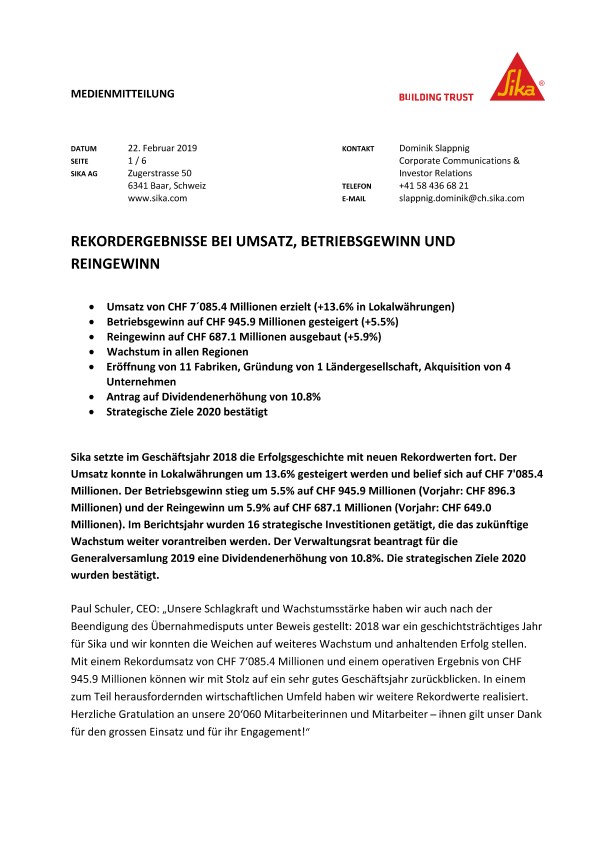 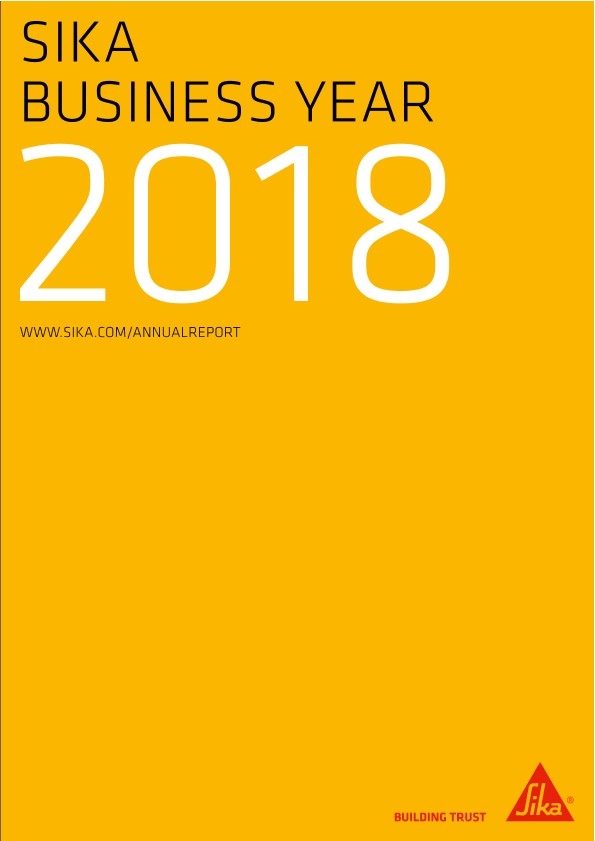 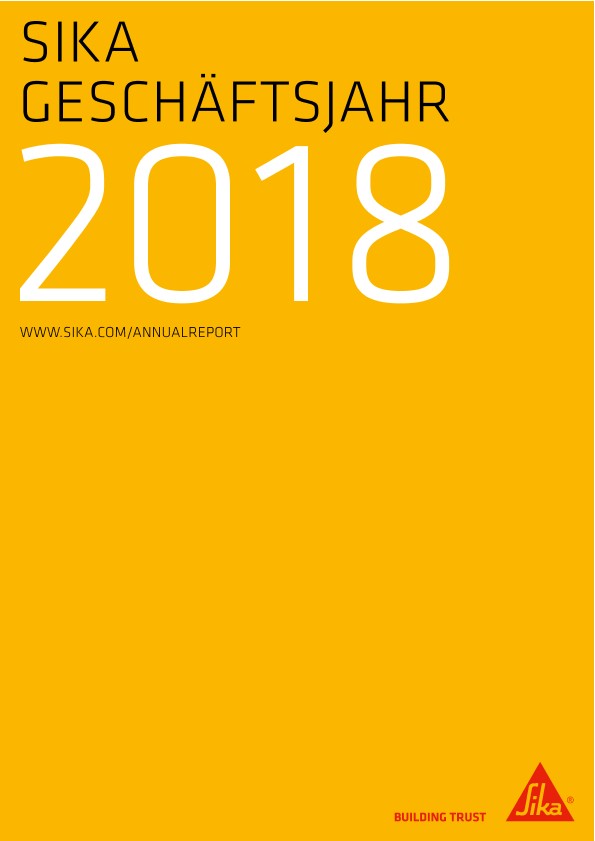 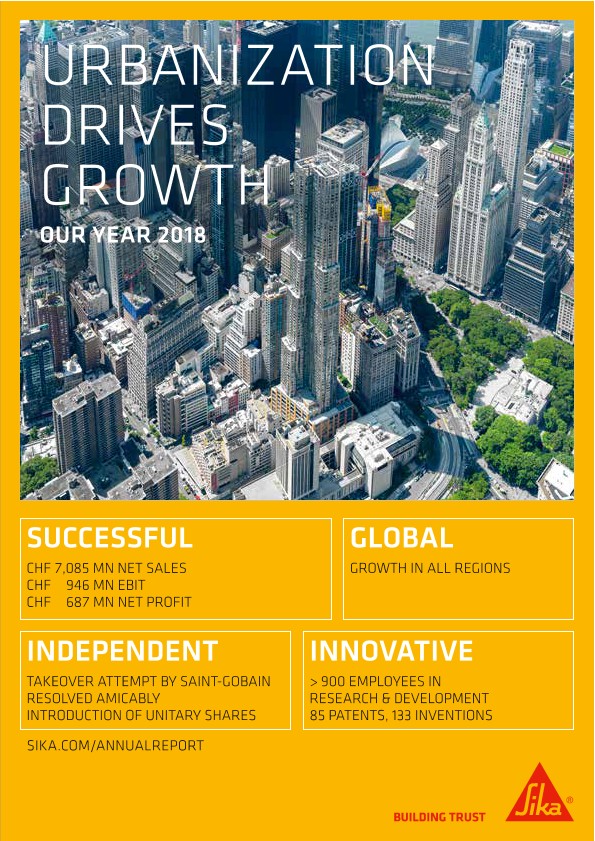 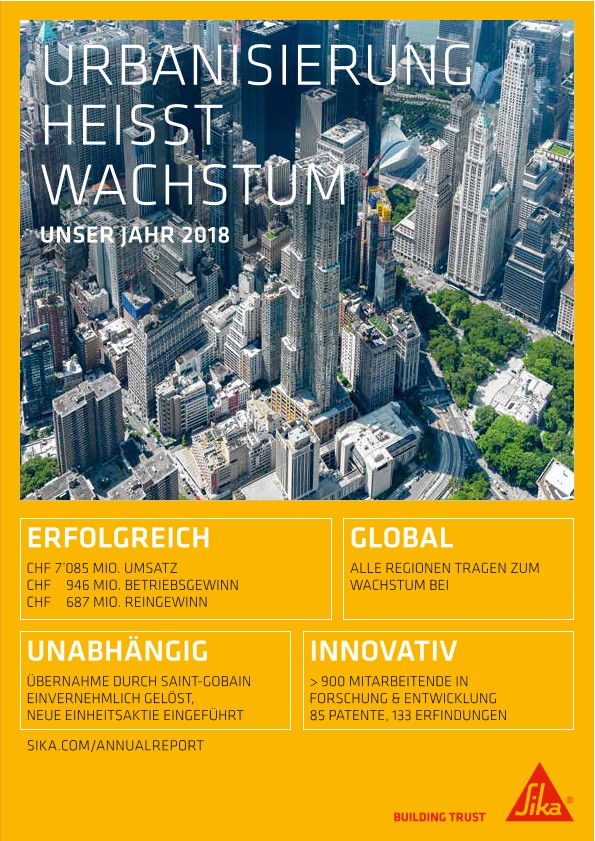