The growth increases that Sika achieved in emerging markets boosted the proportion of sales of these countries within the Group to 36%. 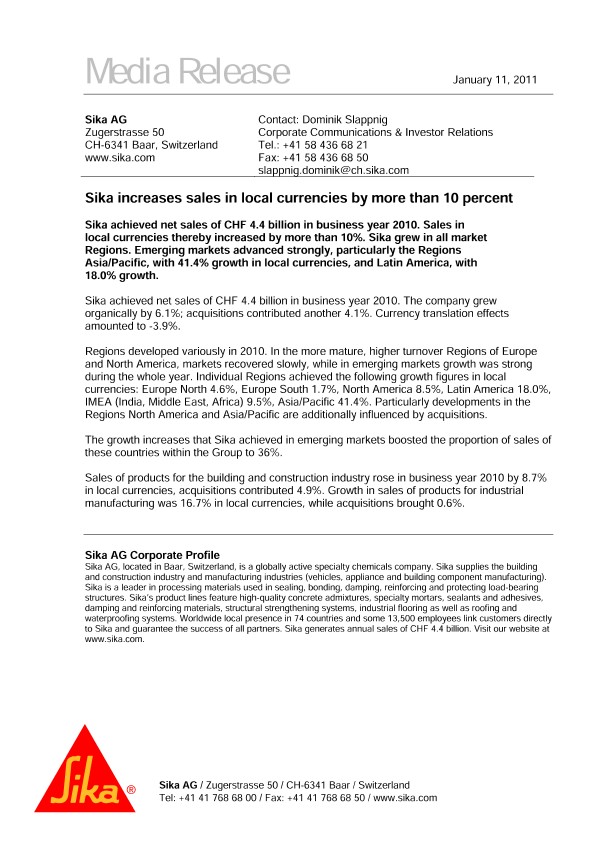 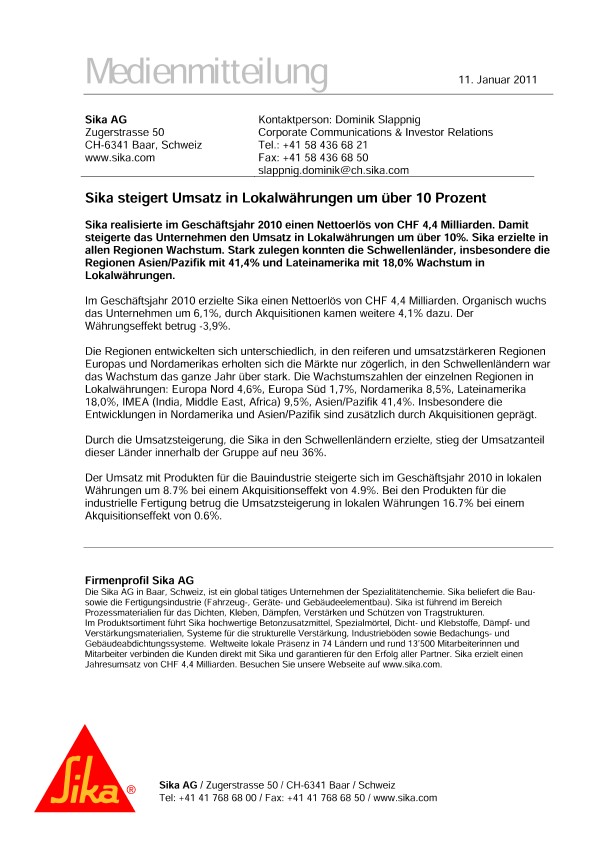