In business year 2009 Sika achieved net sales of approximately CHF 4.2 billion. With an acquisition effect of 2.3%, sales in local currencies decreased by 3.9%. The currency effect amounted to -6.3%.

In local currencies, Sika grew in the Region IMEA (India, Middle East, Africa) by 11.2% and in the Region Latin America by +8.0%. In the Region Asia/Pacific sales remained nearly constant (-0.1%), though sales development varied from country to country.

While in emerging countries such as China or Indonesia Sika achieved double-digit growth rates, sales in OECD nations (Japan, Australia, New Zealand) dropped. Sales declined in the remaining Regions: Europe North -8.9%, Europe South -4.0%, North America -7.7%. Due to the continued growth in emerging countries, their proportion of sales overall rose from 32% in 2008 to 34% at present.

Sales of products for the construction industry, adjusted for currency effects, fell in business year 2009 by 2.0%, including an acquisition effect of 2.9%. Among products for industrial manufacturing (primarily for the vehicle production industry) the decrease in sales amounted to 11.3%. 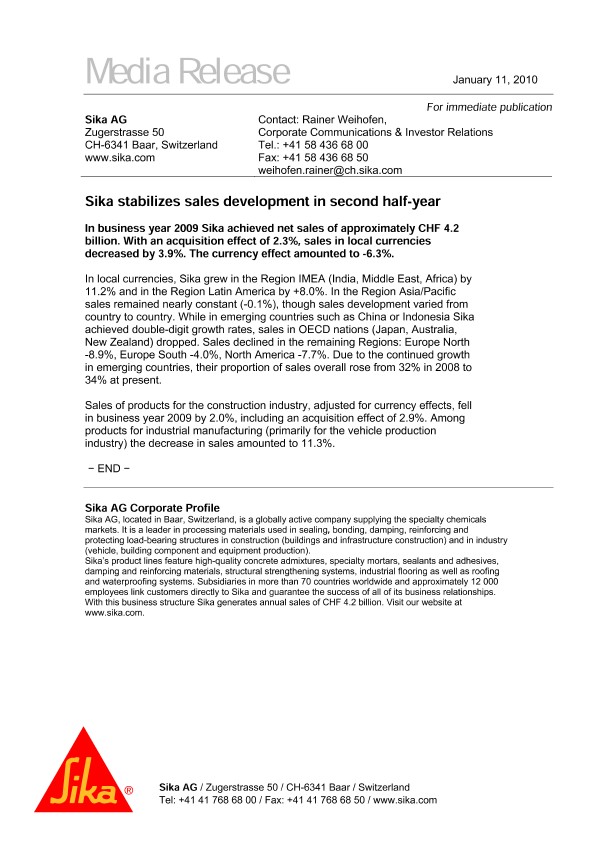 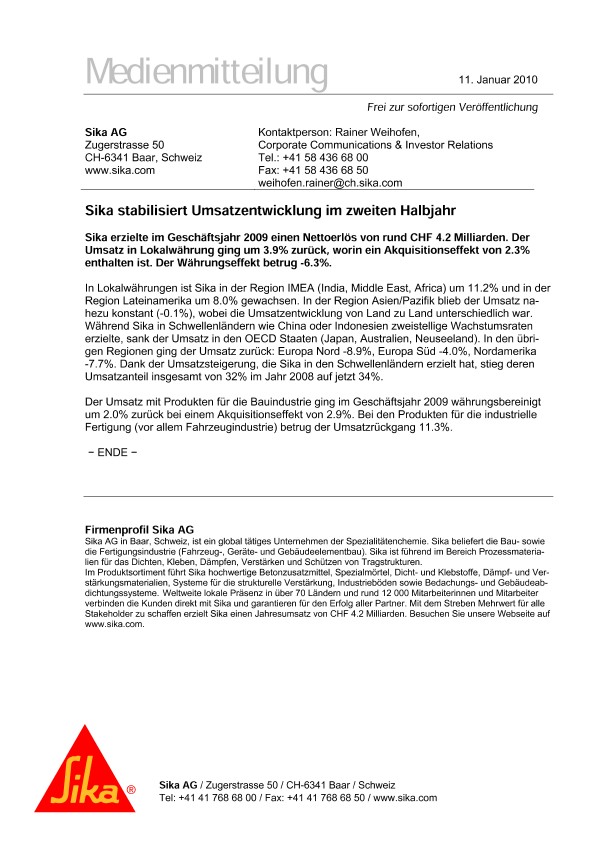