Baar (Switzerland) – At the Annual General Meeting on Tuesday, April 20, 2010, the shareholders of Sika AG approved all proposals put forward by the Board of Directors and resolved to distribute a dividend to shareholders representing roughly 50% of consolidated net profit.

Some 565 shareholders attended the Annual General Meeting of Sika AG on April 20, 2010 in Cham, which was headed by Dr. Walter Grüebler, Chairman of the Board of Directors.

The Annual General Meeting approved a proposal to distribute a dividend to shareholders of CHF 45.00 per bearer share (prior year: CHF 45.00), and CHF 7.50 (prior year: CHF 7.50) per registered share. The payout totals altogether CHF 111.8 million, representing roughly 50% of consolidated net profit. The amendment of the Articles of Association in accordance with the law regarding securities held by an intermediary, in effect as of January 1, 2010, was approved.

All other proposals put forward by the Board of Directors were also approved. 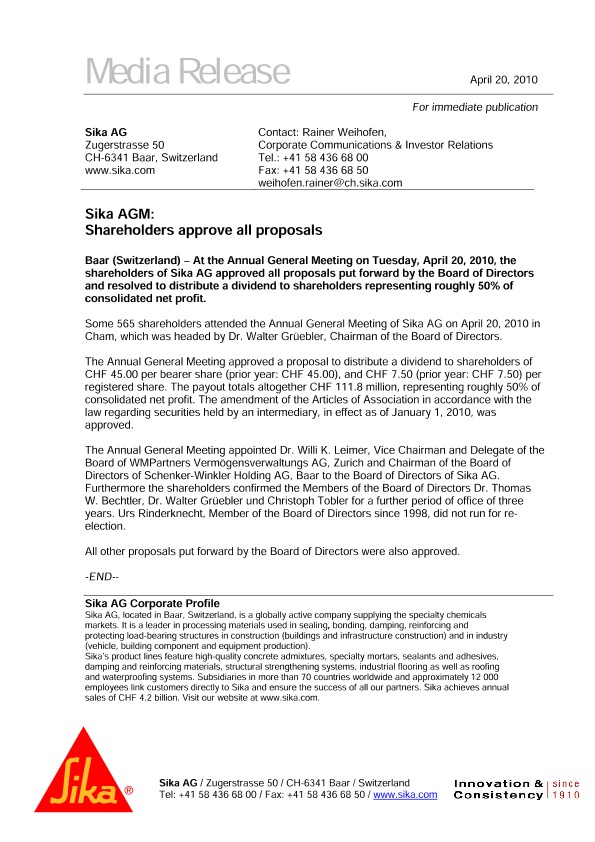 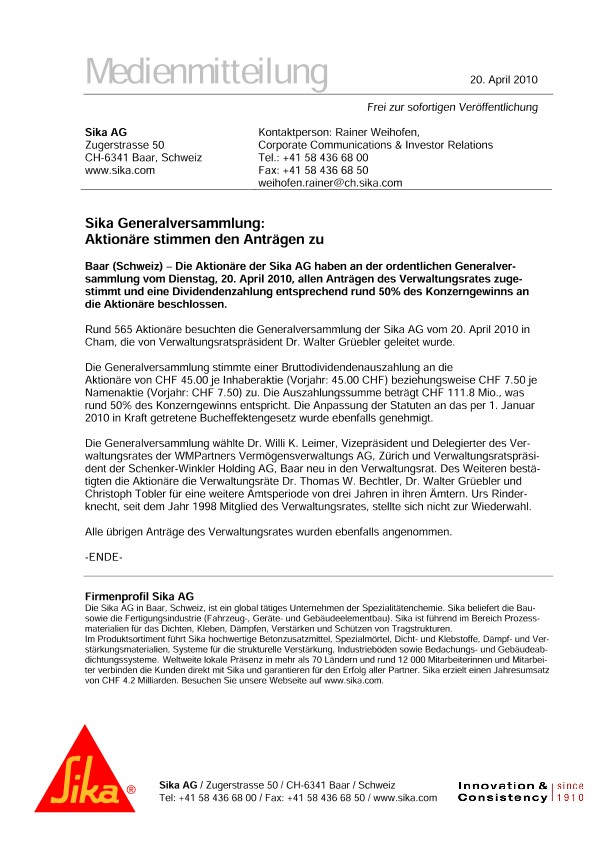