Growth of over 8% in the First Quarter

In the first quarter of 2012, Sika grew by 8.3% in local currencies. Taking into account exchange rate effects of -5.2%, sales in Swiss francs were up 3.1% year-on-year to CHF 1 052.9 million. Sika benefited primarily from strong growth in America.

In the first quarter of the 2012 business year, Sika boosted sales by 8.3% in local currencies. This figure includes an acquisition effect of 4.5%. After deducting 5.2% for exchange rate effects, Sika boosted sales in Swiss francs by 3.1% year-on-year to CHF 1 052.9 million.

Sika experienced the strongest growth in America. In North America, the company benefited from increased market share, a good project business and strong renovation activity. In Latin America, Sika maintained its high level of growth, gaining market share in this region as well and also benefiting from increased production capacity. In each of these regions, Sika lifted sales by 18.6% in local currencies.

Sika increased sales of products for the construction industry by 7.3% and products for industrial manufacturing by 11.9% in local currencies.

Sika expects development to be stable in Europe. Central and Eastern European countries are developing well, while uncertainties in the peripheral countries persist. Sika anticipates continued solid growth in North and Latin America. With isolated exceptions, the emerging markets should continue to exhibit double-digit growth. The development in terms of margins has continued its positive direction. The measures taken are bearing fruit.

Net Sales in the first three months of 2012 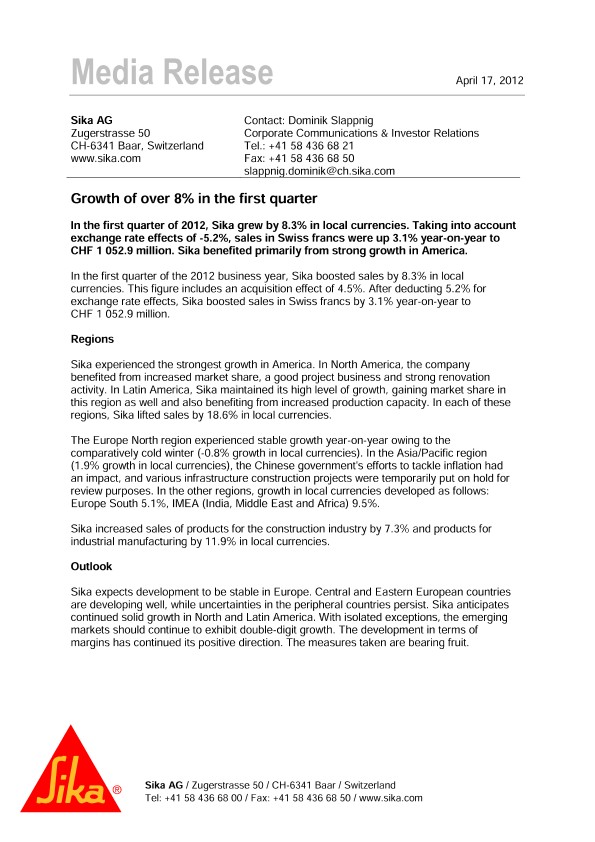 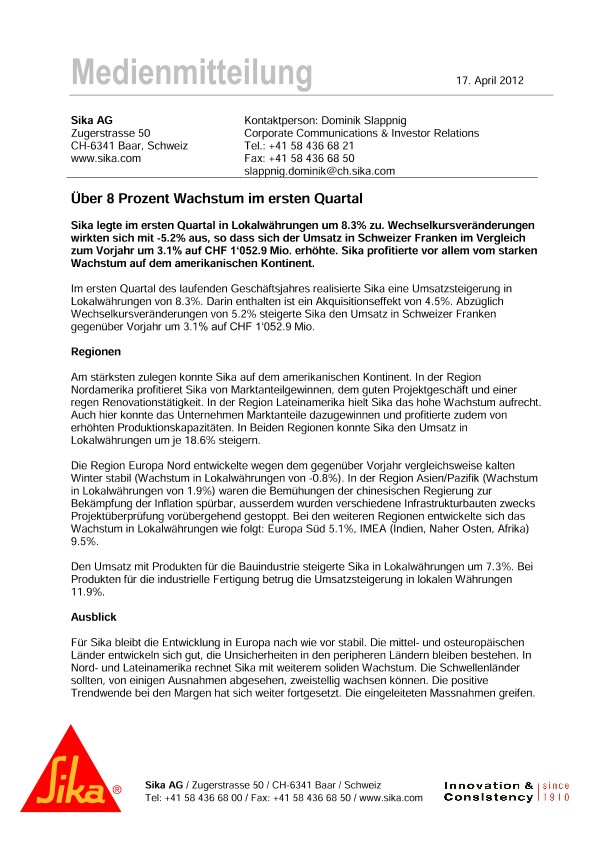