Sika increased sales by 17.2% in local currencies in the first nine months of the year. The company witnessed double-digit growth in all regions apart from Europe South. The result for the third quarter was also pressured by continually rising raw material prices and currency effects.

In the first nine months of the current business year, Sika increased sales by 17.2% in local currencies, including an acquisition effect of 3.9%. Translated into CHF, sales were up by 3.2% year-on-year from CHF 3 318.6 million to CHF 3 424.8 million.

Sika posted gains in local currencies in all regions. As was the case in the first half of the year, Sika could rely on sustained strong demand from the emerging markets. In North America too, Sika gained further share in a fiercely contested market. While Europe North saw double-digit growth, Europe South was able to maintain single-digit growth thanks to the French and UK markets.
Broken down by regions, Sika reported the following local currency sales growth for the first nine months: Asia/Pacific 37.0%, North America: 25.1%, Latin America 22.6%, IMEA (India, Middle East and Africa) 13.1%, Europe North 11.8% and Europe South 4.2%.

At end-September 2011 the gross margin stood at 50.8% (end-September 2010: 54.7%), due primarily to higher raw material prices. The substantial price rises faced in the first and second quarters will feed through to margins in the third and fourth quarters with a time lag. Likewise, the sales price increases subsequently implemented will not have an impact until after a certain delay and so failed to offset continually rising material costs.

Apart from country-specific exceptions (North Africa), the outlook in the emerging markets remains positive. In Europe, on the other hand, the situation is somewhat uncertain. While key operating figures do not reveal any noticeable levelling off of business, the financial and political backdrop makes it difficult to gauge developments going forward.

Since increases in material prices only impact on the income statement after a delay of 3 to 6 months, the gross result will remain under pressure. Accordingly, efforts to lift sales prices will continue.

Even factoring in further efficiency increases on the cost side, net profit for full year 2011 will be well below the figure for 2010. 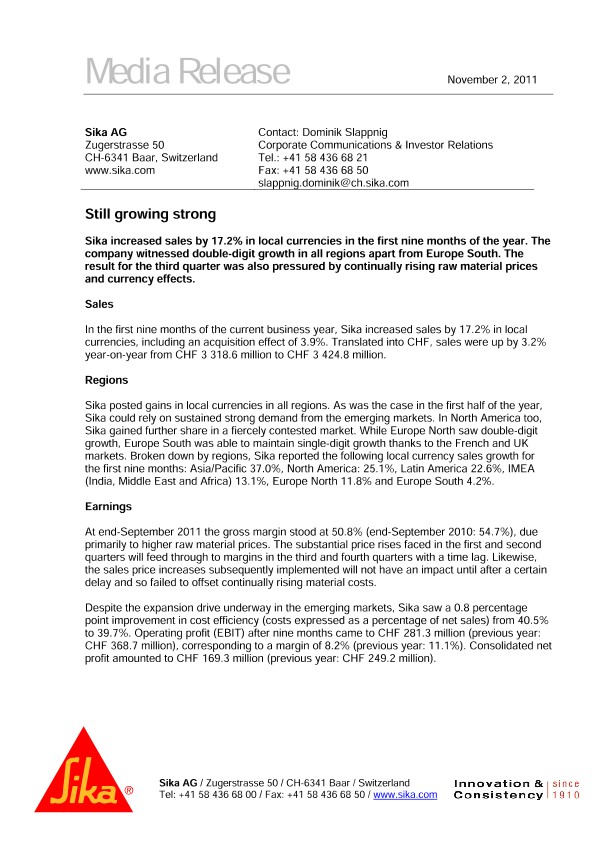 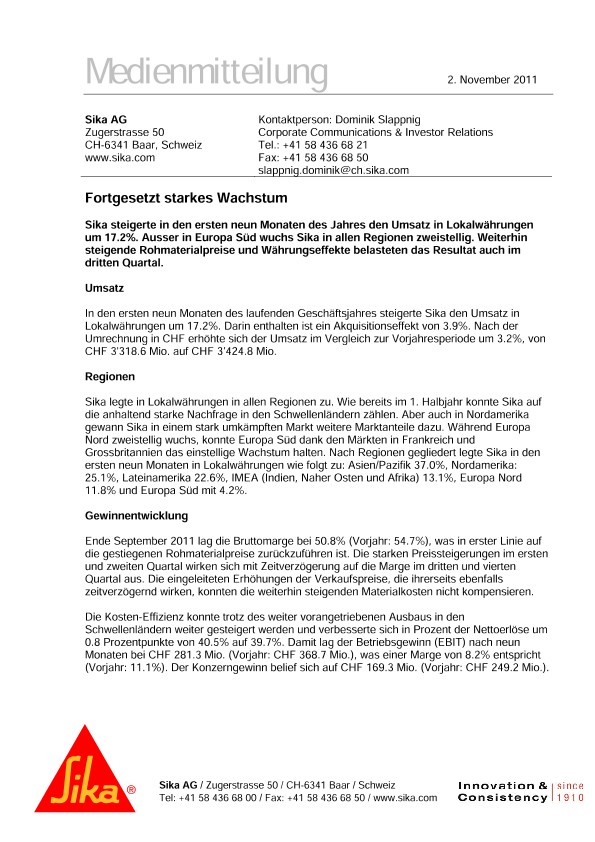 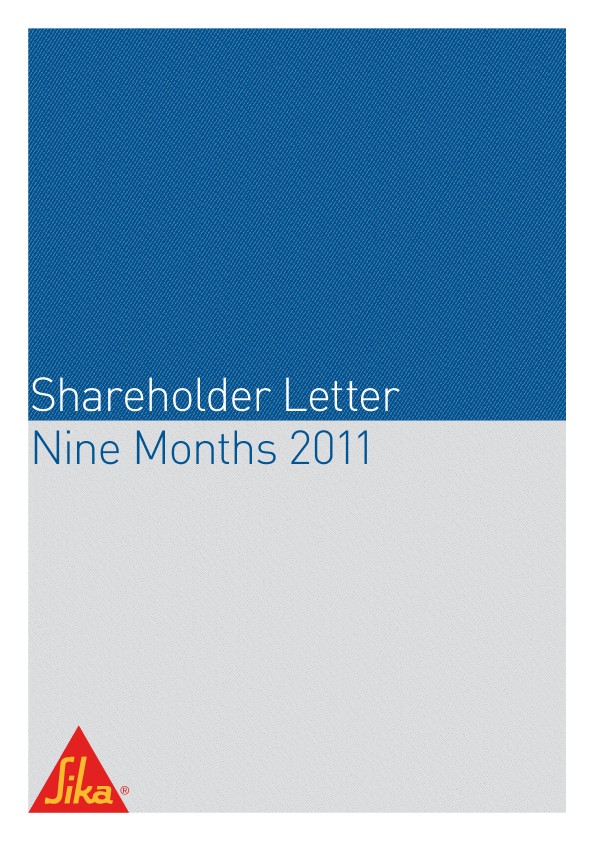 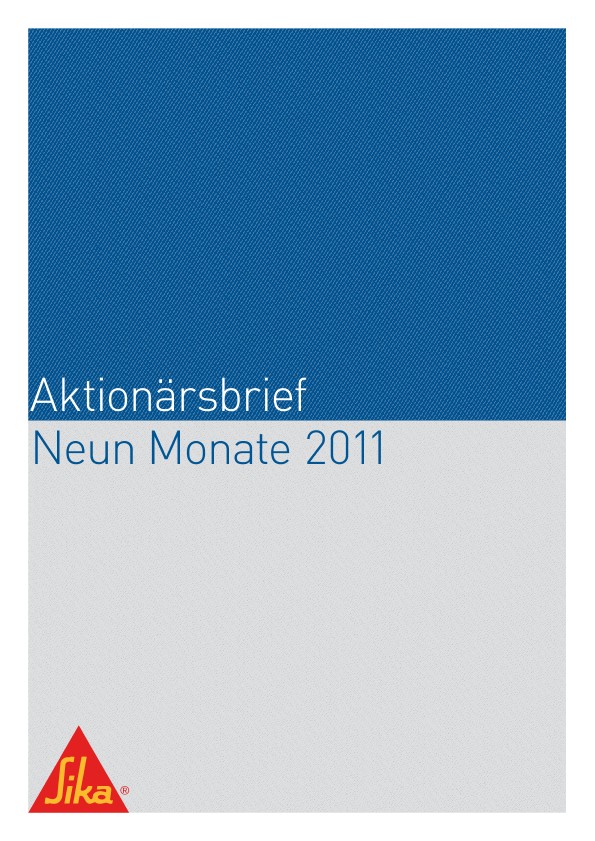