On Track for Profitable Growth - Rise in Gross Margin

6.4% INCREASE IN SALES IN LOCAL CURRENCIES

Sika’s strong global presence and its successful growth strategy in the emerging markets are enabling the company to compensate for the current weakness in Europe and China through sustained growth in the Americas and large parts of Asia. In local currencies, Sika recorded a 6.4% increase in sales in the first half of the current business year. In Swiss franc terms, the company lifted its sales by 3.4% year-on-year to CHF 2,307.0 million.

Thanks to steady efforts in the first half of the year, Sika succeeded in passing on to the market increases in the cost of raw materials. This widened the gross result in percentage of net sales from 49.4% in the second half of 2011 to 53.1%. After factoring in additional acquisition-related costs, Sika posted an operating profit of CHF 195.5 million, corresponding to an increase of 10.1% (first half of 2011: CHF 177.6 million).

GROWTH IN THE REGIONS

In the first half of the year, Sika posted double-digit growth in both North and South America. The Region North America grew by 13.9% on the back of solid project business and buoyant renovation activities, while the Region Latin America lifted sales by 16.6% thanks to gains in market share and expansion of production capacity.

With growth of 10.1%, the Region IMEA (India, Middle East, Africa) is back in the double-digit growth range. In the Region Asia/Pacific, Sika grew by 2.1%. The lower growth is due to the negative trend in China, where halted infrastructure projects and a government-decreed slowdown led to a sharp decline in sales. Developments in the rest of the region were in line with high expectations.

In Europe, the economy continued to slow under the impact of the euro crisis. This was also apparent in the Region Europe North, where sales were down 2.7% on the previous year. Sika was still able to grow in Eastern Europe and the Nordic countries.

The Region Europe South grew by 2.8% year-on-year, but this was due to a strong acquisition effect of 9.7%. While the markets in the Mediterranean countries are still suffering, the performances turned in by Sika France and Sika UK had a stabilizing effect. In the UK, Sika benefited from extensive roof and other renovation activities.

“Other segments and activities” generated very strong growth of 35.9%, which includes sales in the automotive business area. Here, Sika was mainly able to make gains through the use of new technologies and benefited from its strong presence in the premium automotive segment, which is enjoying high growth rates in North America, Latin America, and Asia. 19.2% of the increase is attributable to acquisition effects.

While the solid growth in North America should continue, the trend in Europe is difficult to assess. In the Mediterranean countries in particular, which have been badly affected by the euro crisis, there is little sign of recovery. However, even in these countries Sika’s good market position should enable it to gain additional market share.

Having increased slightly in the first quarter, raw material prices stabilized toward the end of the first half of the year.

Sika expects its margins to remain on a positive year-on-year trend during the second half of the year. 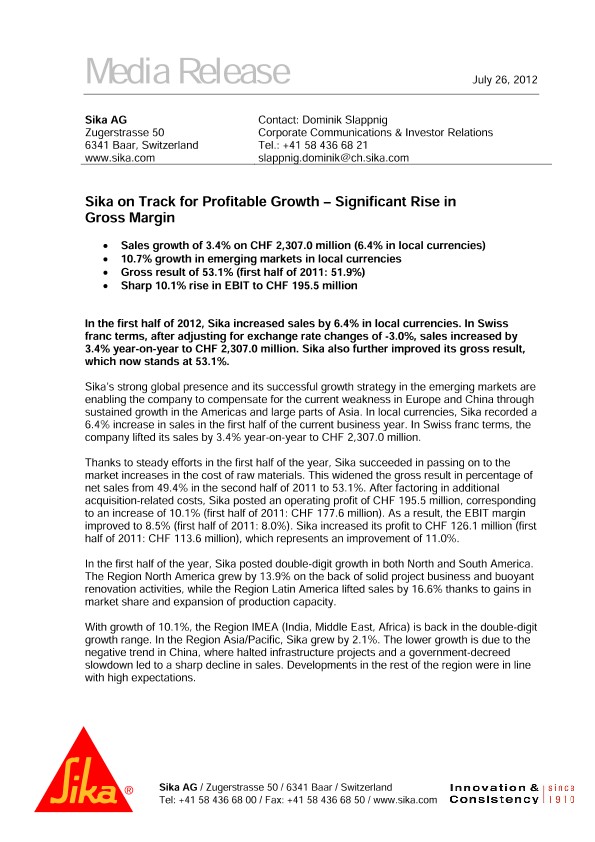 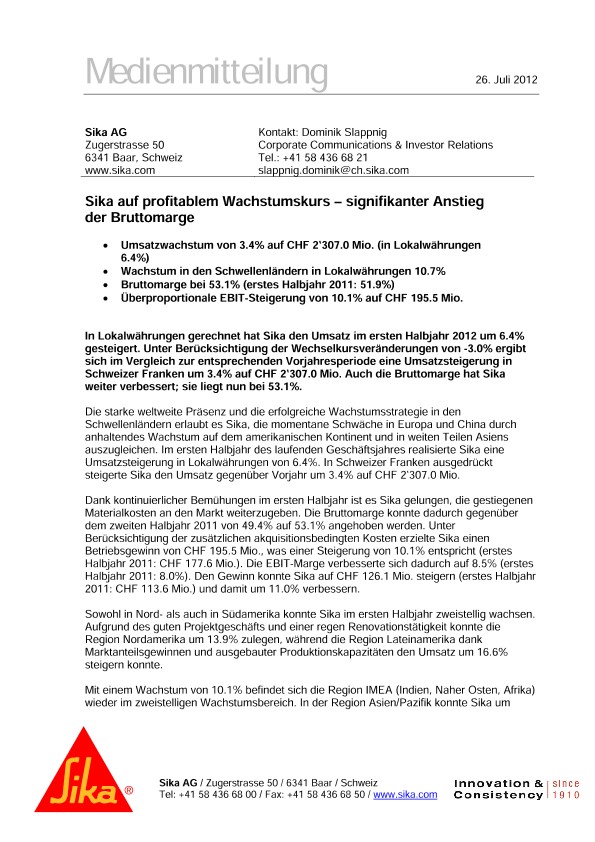 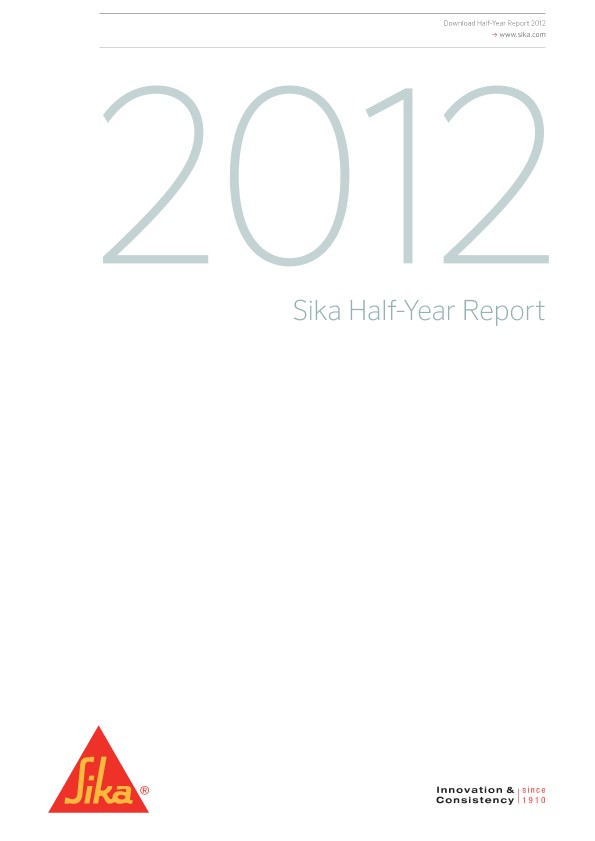 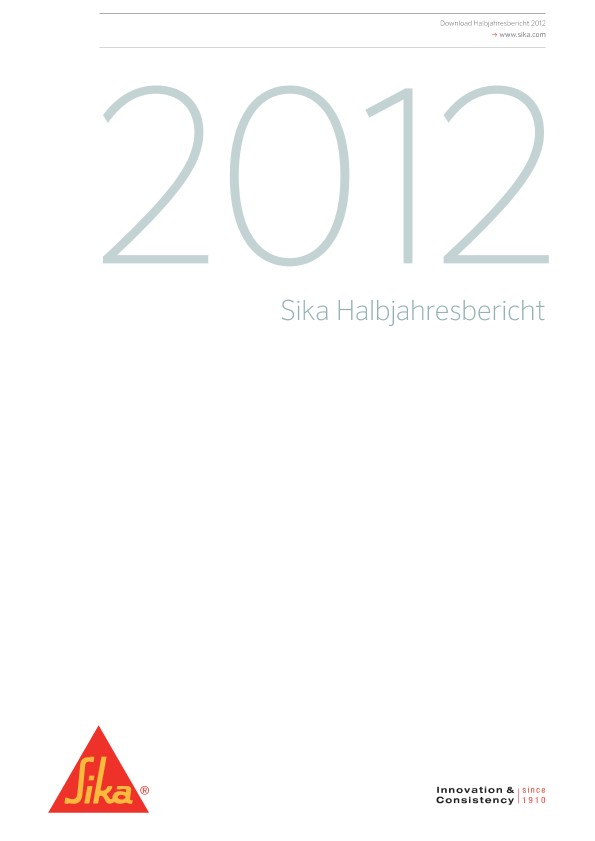