The Board of Directors of Sika AG has elected Paul Hälg to succeed current Chairman Walter Grüebler. Paul Hälg will assume office following the next Annual General Meeting on April 17, 2012. Jan Jenisch has been appointed new CEO of Sika AG. Jan Jenisch, who is to take up his new position on January 1, 2012, will be replacing Ernst Bärtschi.

The Board of Directors has named Jan Jenisch as successor to current CEO Ernst Bärtschi. Sika announced on December 20, 2010 that Ernst Bärtschi would be taking early retirement in May 2012. His successor Jan Jenisch can draw on a vast wealth of experience gained within the Sika Group.

In 1996, he joined Sika as Project Manager for the Industry Business Unit. He was appointed General Manager of the then newly acquired Tivoli AG Hamburg in 2000. He has been a Member of Group Management since 2004, initially as Head of the Industry Division and since 2007 as Regional Manager Asia/Pacific.

The changes at the helm of the Board and Group Management demonstrate the company’s commitment to continuity. The designated successors come from Sika’s ranks and have made key contributions to the Group’s growth strategy over the past years. As Board Chairman Walter Grüebler states: “In electing Jan Jenisch new CEO, the Board of Directors has nominated a candidate from within the company’s own ranks whose considerable experience and impressive track record equip him to take on his new role and continue the successful growth strategy.” 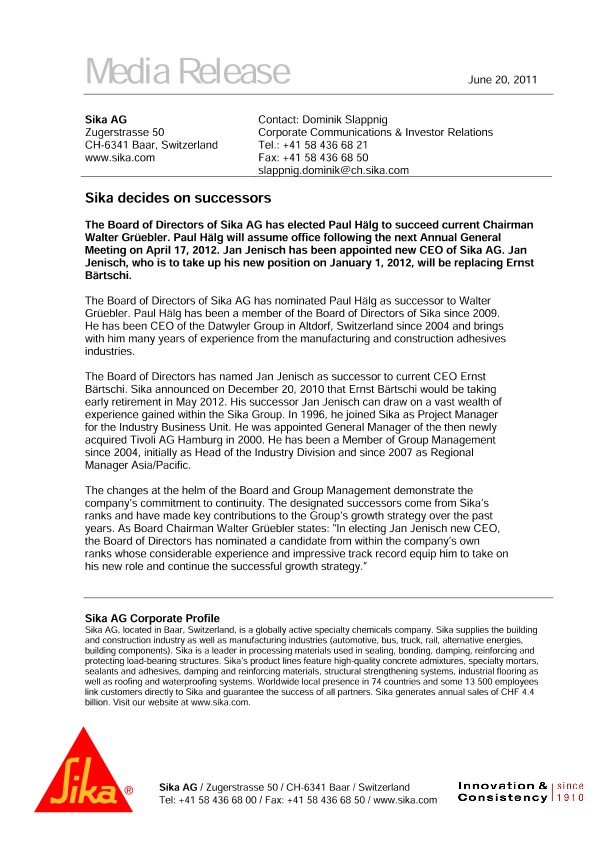 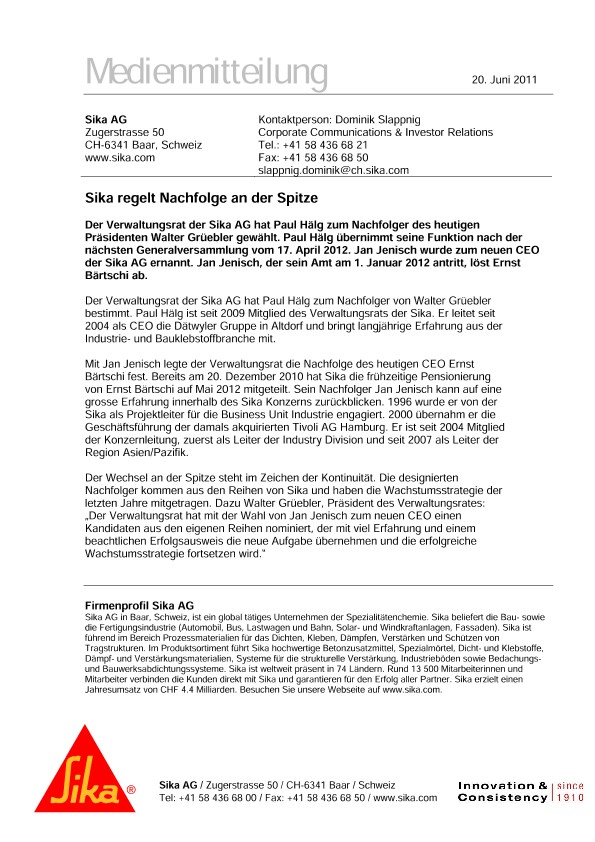