In the 2011 business year, Sika lifted sales by 15.5% in local currencies. This figure includes an acquisition effect of 3.8%. After conversion into Swiss francs, sales therefore rose 3.1% year-on-year to CHF 4.55 billion.

Sika has expanded in all regions and witnessed strong growth in the emerging markets of Asia/Pacific and Latin America. Sika also increased sales in the Region North America, winning additional shares in a fiercely fought market. Europe North reported double-digit growth due to weather conditions and thanks to Germany, Poland and Russia, while Europe South was able to maintain growth in the single-digit range on the back of the markets in France and the UK.

Sika made eight acquisitions in 2011. Taken together, the acquired companies achieved annualized sales of some CHF 240 million in 2010, placing Sika within its strategic target range. Sika usually targets companies for acquisition which provide it with better market access or which possess technologies that it can distribute though its global sales network.

The proportion of sales generated by Sika in the emerging markets is at 36%. 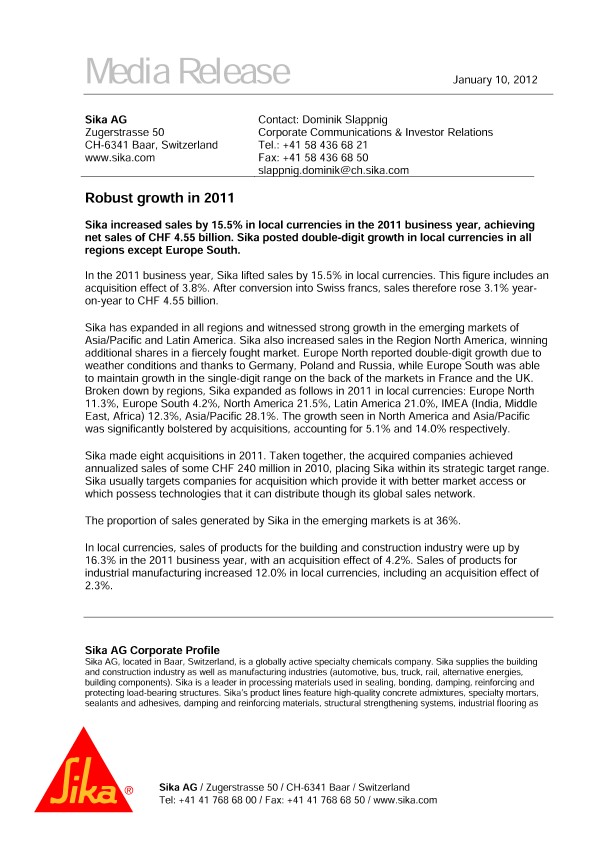 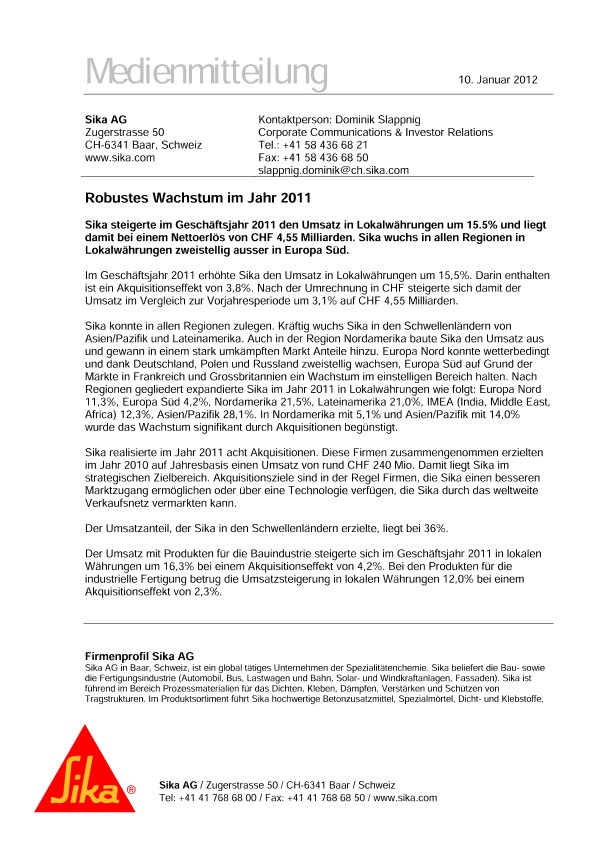